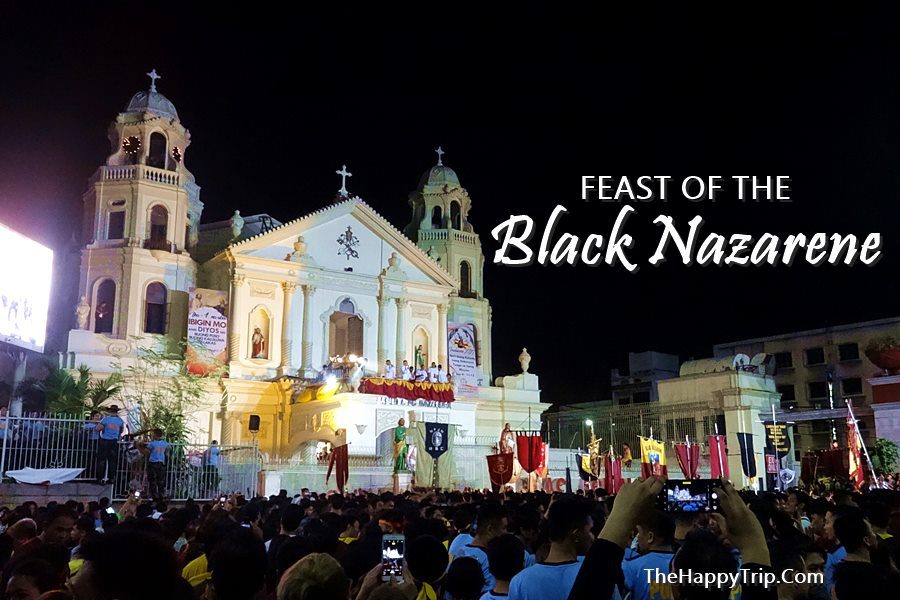 Quiapo Church at night during Feast of the Black Nazarene | Traslacion. Photo by patrickroque01

Feast of the Black Nazarene | Traslacion

Every January 9 of the year, devotees of the Black Nazarene gather together and show their most profound devotion and respect to the image. The Feast of the Black Nazarene is not the usual procession that we see in Barangays or small communities. This one includes thousands and even millions of people, all waiting for the ( traslacion) passing through of the image of the Black Nazarene, or also called the Nazareno. It takes an entire day to finish the procession, and it needs the help and cooperation of thousands of people. Thus, the traditional ritual of the procession called “traslacion” is a manifestation of the peoples’ strong faith of miracle, brought by the Nazareno.

In this article, let us get to know deeper the meaning and significance of the traslacion. 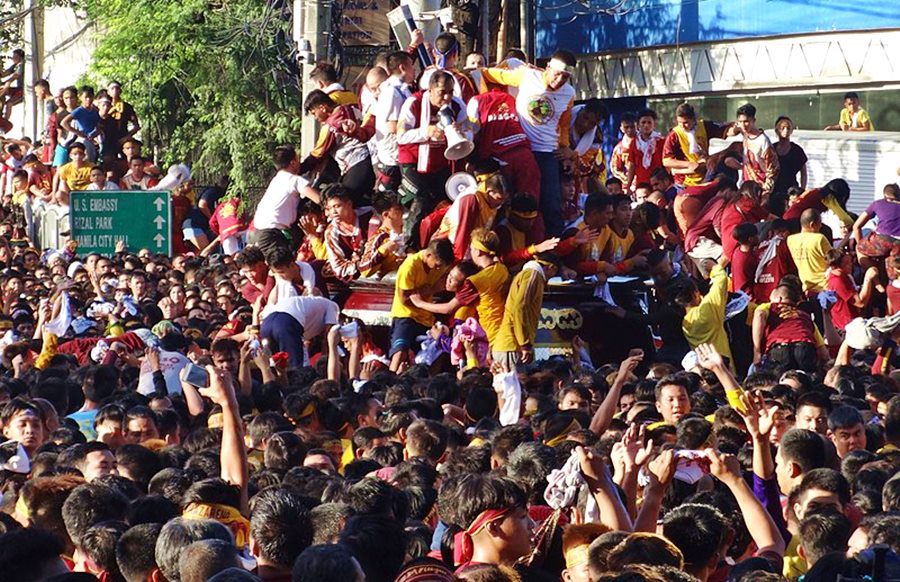 Feast of the Black Nazarene | Traslacion at Ayala Bridge. Photo via Wikimedia

Significant Facts  About the Traslacion | Feast of the Black Nazarene

Why is it considered black? Well, the color of the Black Nazarene until now remains a mystery. A lot of theories and speculation are going through, but nothing confirms the real reason as to why the color of the skin of the Nazareno is black. With its old origin dated back on May 31, 1606, this image was brought to Manila through the Acapulco Galleon trade. This was believed to be made by an anonymous Mexican sculptor. In the first theory, the black hue is caused by the burning of candles at the bottom of the image. Next, it was seared by fire during its transport to the country. The last theory about its mysterious black hue is that it is originally made that way! It is believed to be made up of Mesquite wood, which is naturally black from its exterior color down to its core.

Yes, the traslacion or the procession may be the most famous one when it comes to the rituals being done as a celebration of the Feast of the Black Nazarene. But more than this, there are still others. First will be the blessing of the replicas. Devotees will be given a chance to bring their image for a special mass, followed by the blessing.

Another ritual is the well-known “pahalik”. They bring the image to a wide area (Quirino Grandstand), and they allow the people to cue, and when it is their turn, they could kiss and pay their respect to the image of the Nazareno. Those who are bringing their white towels with them could use it in wiping and touching the icon. For some, they choose to do the cue of lines and all the other rituals in barefoot. Well, it signifies the desire of the people to extend some acts of repentance. Other rituals also include the lighting of the candles of the votives (pasindi), changing the garments of the image (pabihis), and the sprinkling of the holy water (pabendisyon).

The devotees of the Black Nazarene do it to give thanks and, at the same time, seeking for more blessings. With the vast participants every traslacion, others cannot help but to raise their eyebrow and consider it as an act of “too much” idolatry. They see it as inappropriate and an act of sin!  This post is not in any way meant to discuss the value of the act through the lens of doctrine. 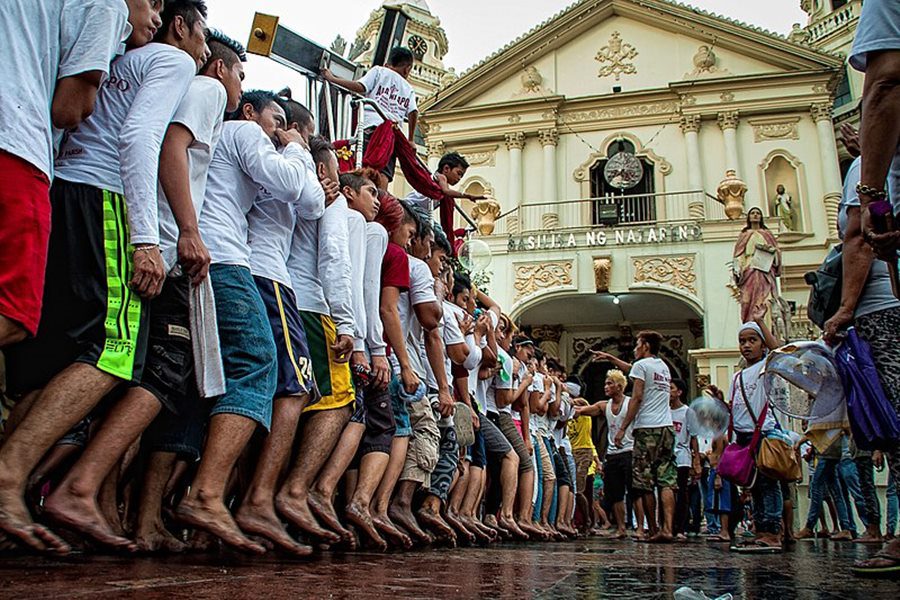 Quiapo Church and the devotees | Feast of the Black Nazarene | Traslacion. Photo by Froi Rivera

The traslacion and the grand celebration of the feast of the Black Nazarene are well-known in Metro Manila. But do you know that this also happens in other provinces and parts of the country at the same time? Though not as grand when it comes to the number of attendees, the same faith and devotion are expressed by the people attending the localized celebrations. Some of the places which celebrate this feast are Cagayan de Oro, Catarman in Northern Samar, and a lot more.

The celebration of the feast of the Black Nazarene has been here for hundreds of years, and it is here to stay.