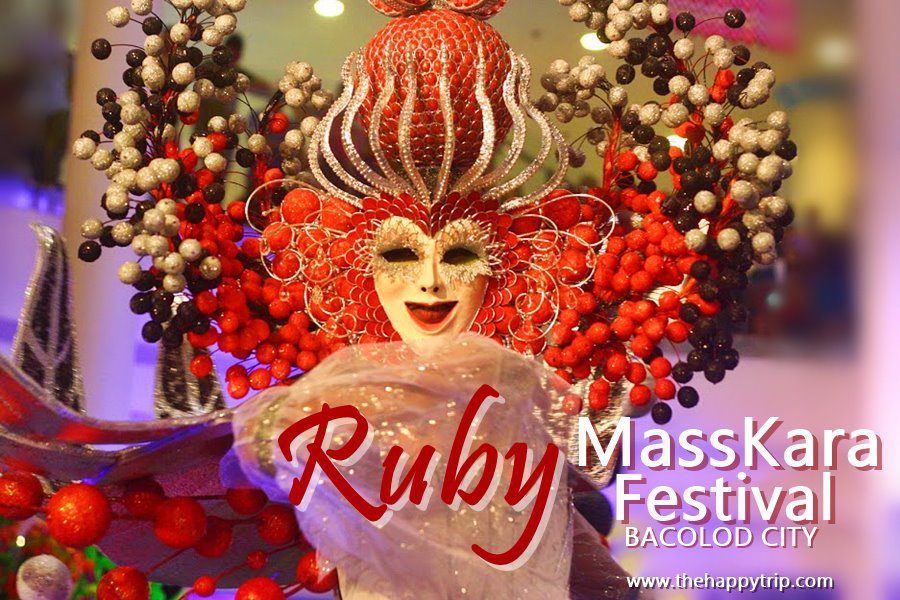 It is that time of the year again when Bacolodnons and all other Negrenses—the people of Negros Island— converge in days of amusing enchantment and colorful vibrancy as they observe the 40th celebration of the famed Bacolod event, the “MassKara Festival 2019”.

For its 40th year, the fete known locally as “Pista sang MassKara” and throughout the rest of the country as “Pista ng MassKara” is appropriately named Ruby MassKara Festival—40 years of bliss after espousing the event as a cultural part of the city and the people of Negros Occidental.

Advocates of the occasion laud MassKara Festival as the “happiest and most colorful festival in the Philippines”—an idea which lives up to its name.

As tempting as the vivacious event is, MassKara Festival is not just a tease, it is also inviting and welcoming as summarized in the theme “Kari sa Bacolod, Dala sang Maskara! [Come to Bacolod, Bring a Mask!]”. 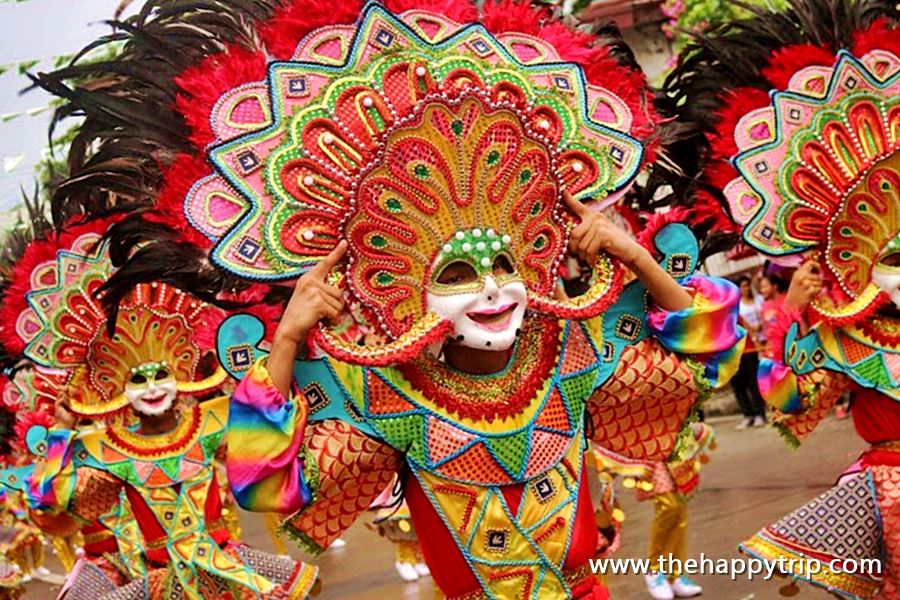 Here are the facts of the MassKara Festival:

The word “MassKara” may easily be insinuated as something to mean “mask” as derived from the Spanish word “mascara.” But the term MassKara is more a portmanteau between the English word mass, meaning a “multitude,” and the derivative word “kara” from the Spanish counterpart cara, meaning “faces.” Hence, “MassKara” is about a “multitude of faces,” mostly referring to the people in masks who are actively performing during the event.

What once were masks which showcase Filipino’s artistic quality in mask-making which were hand-painted and ornamented with flowers, feathers, and beads, the masks worn in MassKara Festival now rivals in terms of designs and quality those masquerades seen in renditions of the “carnival” in both Rio and Venice. Although not necessarily a “copy” per se, the aesthetic quality has substantially impacted the character which the local festival is keen at presenting.

3. The masks depict the happy people of Bacolod  City and Negros Island

Lived by people with the propensity to display their pearly whites, Bacolod is a city aptly dubbed as the “City of Smiles.” Although the people behind the mask find it impossible to depict their expression of happiness through their covered faces, it is the mask itself that shows the idea for them which makes the grinning look a staple in the masquerade’s design.

4. When does the annual event take place?

As with all previous iterations of the once-a-year event, the MassKara Festival is traditionally a month-long celebration with significant highlights being held on every fourth Sunday of October.

We will be posting soon the official Schedule of Events of Ruby MassKara Festival.

5. Born out of the gloom

For an event that is the complete epitome of a lively occasion, the MassKara Festival was one born at a time when the Negros Island was at its all-time low back in the early 1980s. Specifically, it harkens back during a period when the global market price of sugar became so low that its impact is felt throughout the provinces in the island whose main industry is sugar-making.

The creation of the MassKara Festival was aimed at invigorating the province’s spirit while also promoting its later adopted source of livelihood—mask-making. 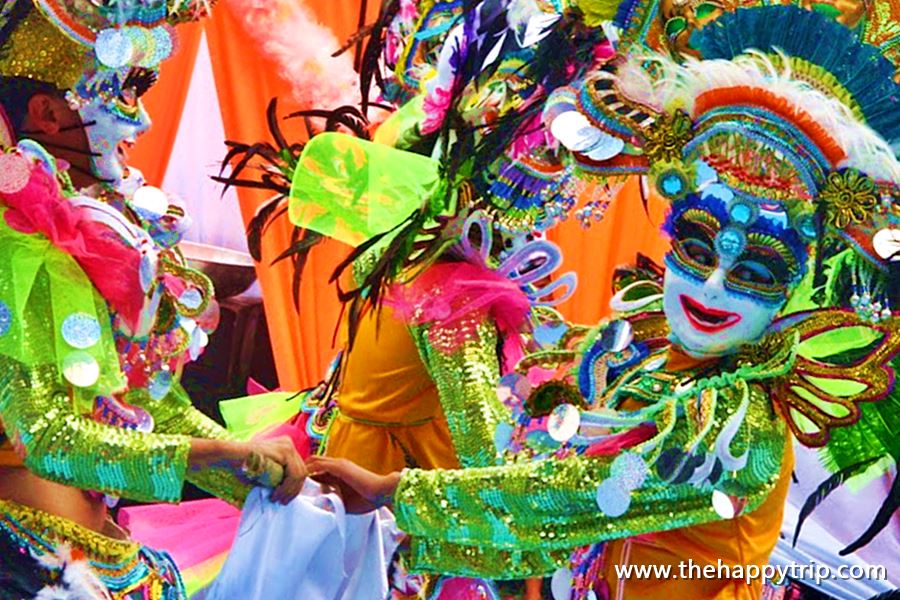 Few Reasons Why You Should Experience the Ruby MassKara Festival

At its core, the Ruby MassKara Festival is all about one thing—amusement.

But knowing the occasion, the MassKara Festival does not fall short in shaking people up through its various programs that attract willing participants all over the island and nearby regions, as well as curious audiences from all over the world.

No MassKara Festival has ever taken place without its street dancing program which pits the best and promising dancing groups in the island in a friendly competition. The street dancing competition is divided into two categories—school division and barangay division. However, it is the latter which makes for the highlight of the event.

As is true to the spirit of the MassKara Festival, this program of the event revolves around dancers who wear colorful masks and extravagant costumes. They will be dancing under the tune of original compositions of local artists, all while vying to become the champion of the year’s event.

Another highly-awaited aspect of the joyous occasion is the variation of the street dancing competition called the Electric MassKara. This aspect of the event is marked by dancers donning masks with glittering and colorful lights aimed to flicker with every movement come night time.

Mixing excellent dancing skills along with the tunes created by an ensemble of uniquely-skilled musicians, the drum and bugle corps competition makes for another lively highlight of the MassKara Festival.

Despite Bacolod’s relative development as a city, which is the focal point of the event, the people of Bacolod still adhere to their city’s and provincial agricultural roots. By paying homage to this fact, the Ruby MassKara Festival incorporates trade fairs which seek to exhibit the city’s amazing products to the public.

No trip to the MassKara Festival is going to be complete without having a taste of Bacolod’s fantastic line-up of dishes. This, of course, includes the popular Chicken Inasal which is a local version of the chicken roast. But for a land regarded as the “sugar bowl” of the country, another significant interest to the Negrense food are its wide assortment of sweet treats.

These are just a few of the reasons why you should come and experience the Ruby Masskara Festival.

So what are you waiting for? Mark your calendar, book your hotel room and flights for the Ruby Masskara Festival. 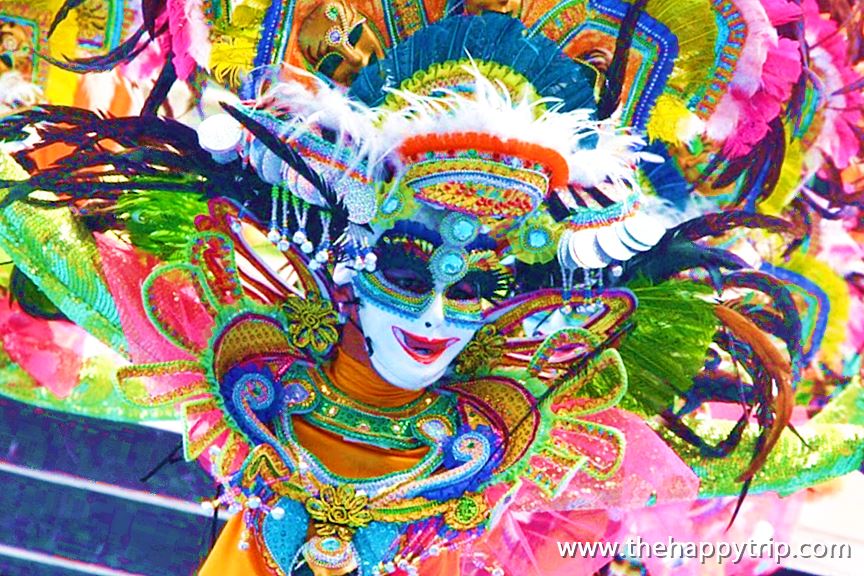 Bacolod City and the entire Province Negros Occidental has a lot to offer to its guests.

Listed below are travel guides aimed at helping you make your Ruby Masskara Festival more fun and memorable: 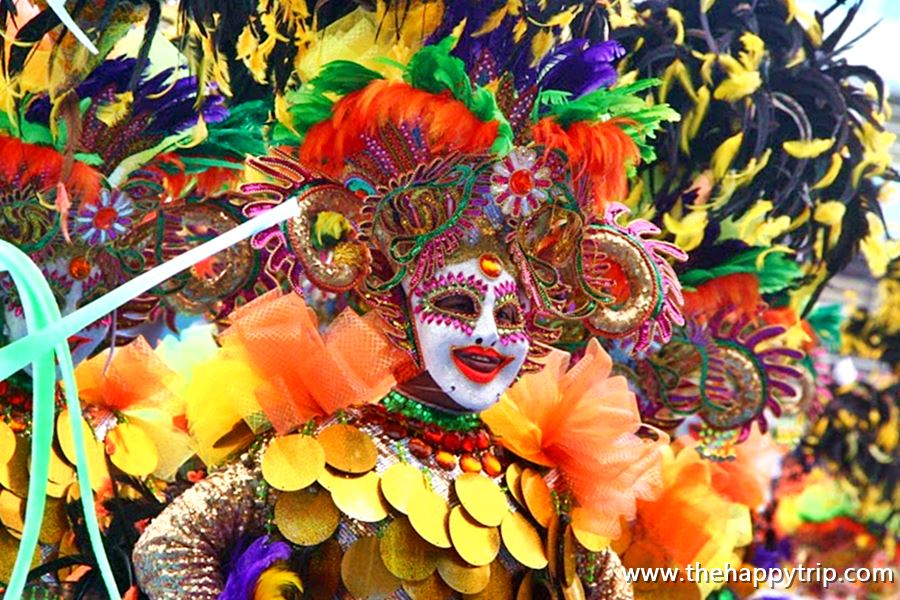 Where to Stay During Ruby Masskara Festival

Bacolod City has a wide array of accommodation facilities to cater to her guests in the celebration of Ruby Masskara Festival.

It is advised to book your hotel room in advance for a happier festival experience. Click on the links below to compare prices and make your booking.

How to Get to Bacolod City

The Bacolod-Silay Airport is located in Silay City. The moment you arrive at the airport you can opt to take a taxi or take a van strategically situated outside the airport to reach Bacolod City. 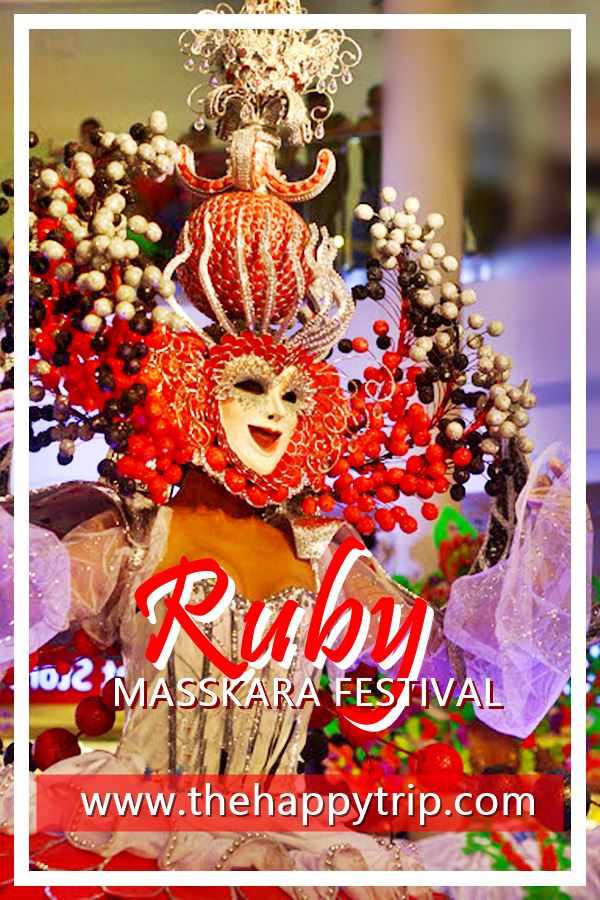