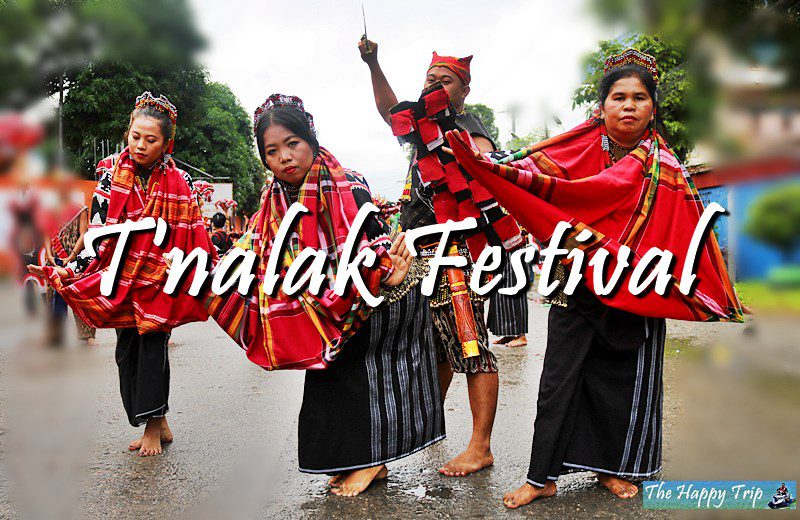 Most of the time, people would fear just by hearing the place Cotobato. This may be for the reason that the name itself is usually tied to conflicts in the area making the people feel unsafe and uncomfortable. Well, guess what? That may be true, but a lot of things changed in place most especially when they started having the T’nalak Festival way back in the year 1999.

South Cotabato has been a province for decades, and yet, they first did not have the reason to come up with an event to celebrate the actual founding anniversary of the province. It was only in the year 1989 when the locals of Cotabato found an amazing reason to celebrate; they intertwined it with the award given to late Lang Dulay, a local of Lake Sebu, as a National Living Treasure due to her work as a T’nalak weaver. Through this awarding event, the big and extravagant festival was born, the T’nalak Festival. The current festivity has two primary objectives. First, if to of course celebrate the founding anniversary of the province, and the second is to honor the rich cultural heritage of T’nalak.

T’nalak is the ultimate emblem that represents the province. It is a fabric made with abaca and is being used for the weaving of the T’boli women. In fact, the pattern of designs that they make use of is said to be coming from their dreams, making them also known as the “dreamweavers.” The awarded late Lang Dulay has been one of the best weavers in their town which led to her being awarded as the Gawad sa Manlilikha ng Bayan or the National Living Treasure Award by former President Ramos. 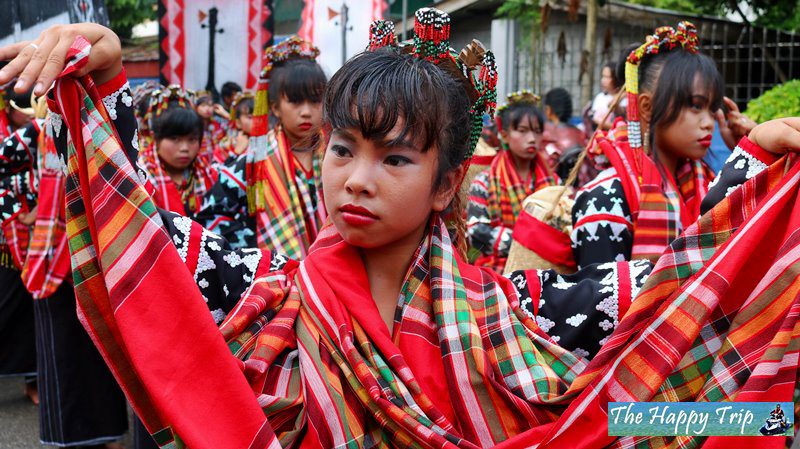 The name of the festival was derived from t’nalak, a colorful abaca cloth created and woven by the women of the province’s T’boli tribe. The T’nalak fabric serves as the festival icon because it symbolizes the blending of culture, strength, and unity of the various ethnic groups living in the province

What makes this festival unique? Being held at the Koronadal City, tourists would for sure enjoy this festival as they indulge in the colorful and vibrant theme celebration. The highlights of the event usually happen on the last day, where they have the Tri-People Grand Parade. This was called a Tri-People because it represents the three cultures of the province, the indigenous, the Visayan, and the Muslims. The main streets of the city turn into a huge performing stage with the vibrant color of red anywhere.

They also have the most anticipated Street-Dancing Showdown. This T’nalak Festival street dancing showdown does not merely consist of simple dancing choreography. Each presentation contains a traditional story of the province through the use of songs, dramas, and of course, dance steps. Additionally, they also have the Bahay Kubo competition whereas groups would compete to come up with the best Filipino designed home. They make use of bamboos and locally produced materials that represent the livelihood of each town or group. Thus, promoting the entire Filipino culture and traditions. 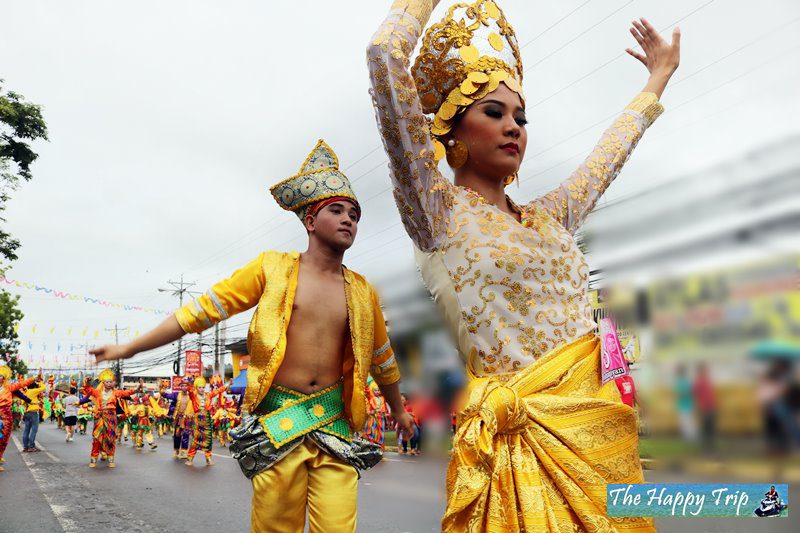 Much has been said about the festival, and yet these words will not exactly encapsulate what the festival is all about. Why? It needs your actual presence to experience the beauty and richness of the Cotabato culture and traditions. Indeed, the T’nalak festival is a must-visit occasion. 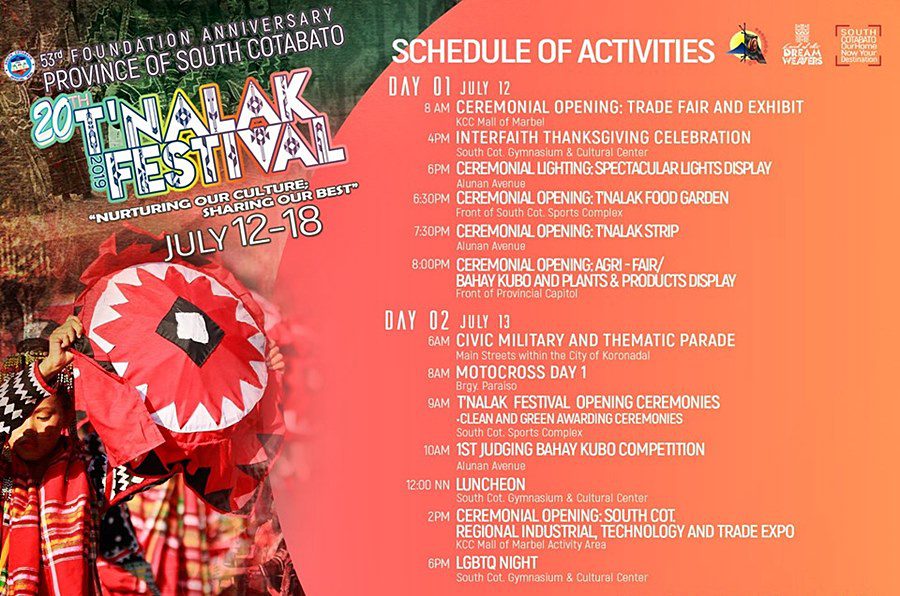 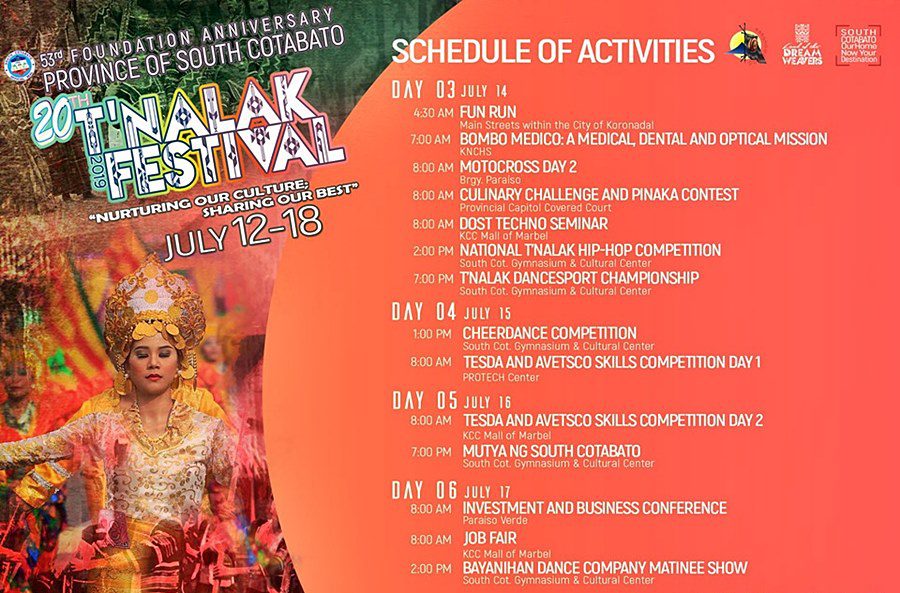 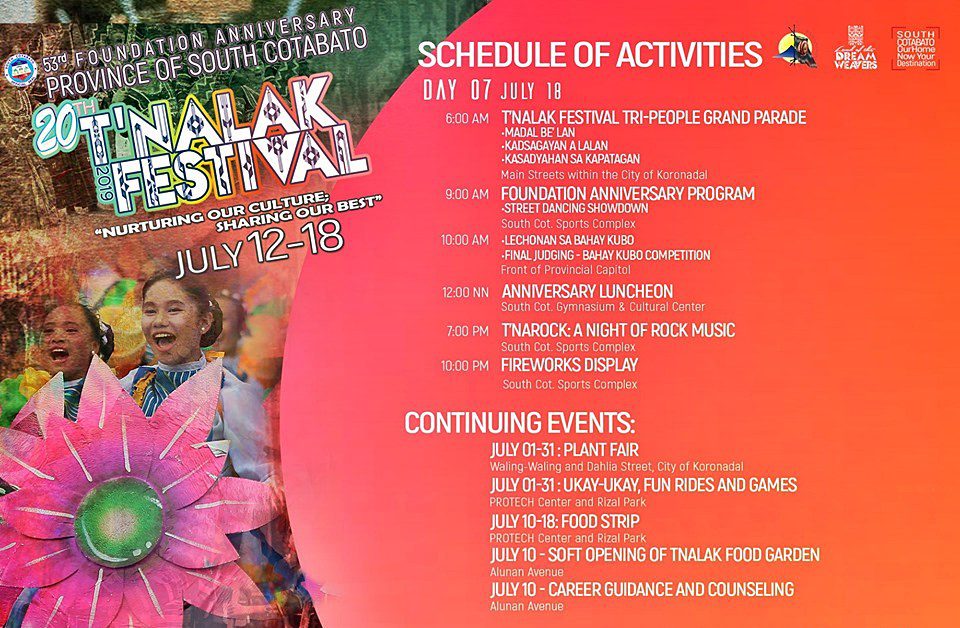 HOW TO GET THERE FOR THE T’NALAK FESTIVAL

WHERE TO STAY IN SOUTH COTABATO 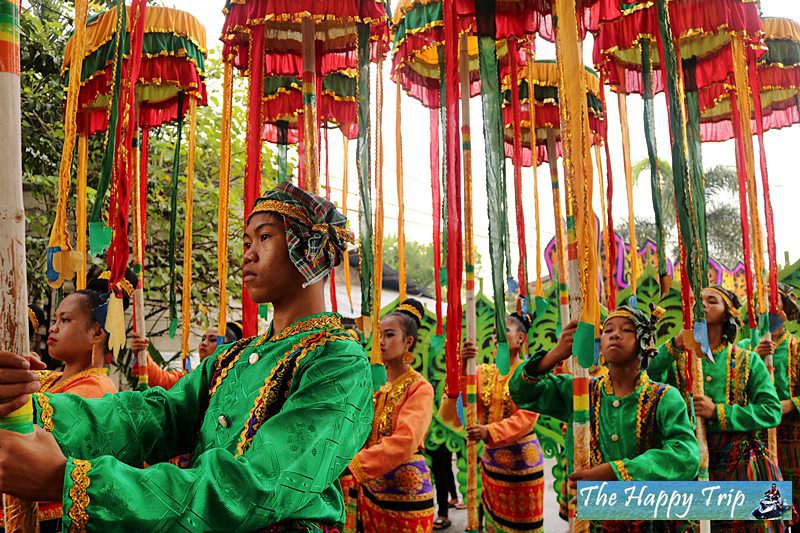