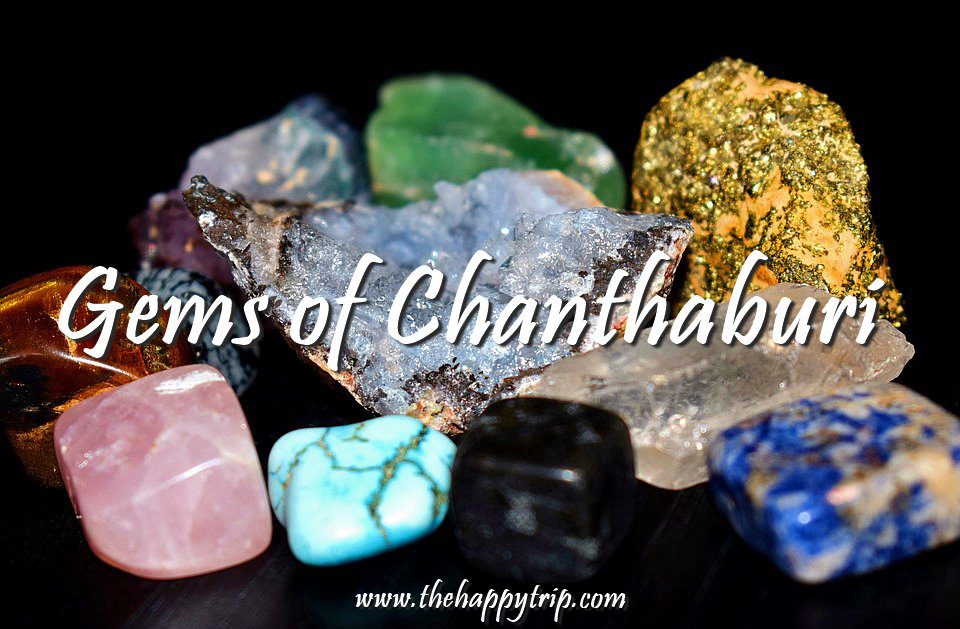 Thailand is a country known for a lot of things but if there is something about it, which might interest most people, is that it holds one of the world’s biggest gem trades in the world. Yet, where else in this southeast Asian country can the commerce of cutting gems and refinement be found than the province of Chanthaburi?

Somewhere within the city of Chanthaburi lies a market so sleepy in the weekdays, it is hard to believe that people are not so interested in gems. But things go for a complete turnaround comes Friday, even at the early hours in the morning, as the place comes to life as it exudes a kind of vibrancy never seen in days prior from any given week. The market is called Talad Ploy.

As a hub for both buyers and sellers alike, Talad Ploy gathers people from all over the world, not just the locals who could frequent the place. But if you are new to Talad Ploy, you would easily mistake all people behind the table as merchants who are seeking to profit from their prized gemstones. That is not always the case as, sometimes, buyers from different countries lease a table in order to buy gemstones. 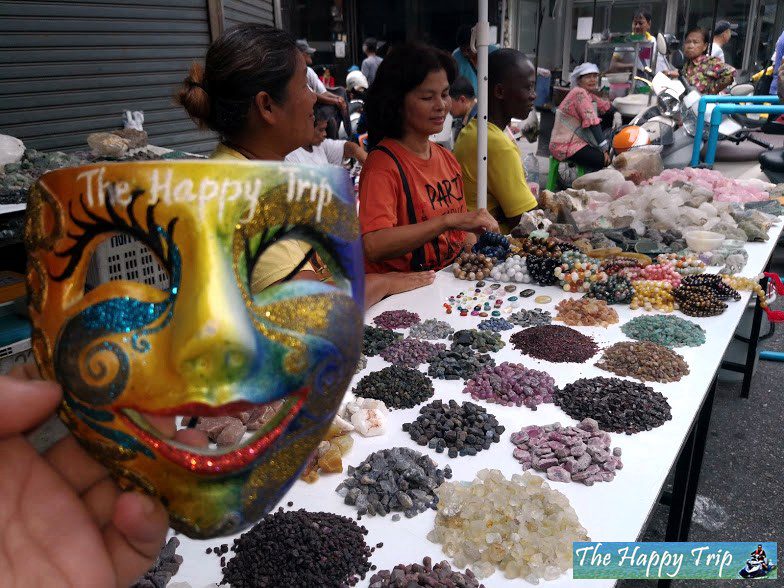 Raw gemstones being sold at Chanthaburi market creating a good backdrop for The Happy Trip’s Jojoy, The Traveling Mask

The market has such a booming business, it literally exported gemstones costing around $650 million in 2012 alone, half of which are sapphire.

The processing of raw stones into gems or the further polishing of gemstones is a tradition to Chanthaburi since the 15th century. But for a trade that has been going on for thousands of years, dwindling outputs were inevitable which forced local producers to resort to techniques which basically enhances the quality of the gemstone.

Adopted from the French in the 1960s, Thai producers use heat treatment and glass-filling to boost the quality of sapphire, specifically its color and clarity. The art of “cooking” stones, however, is an occult practice as it is considered “unethical” in the trade of valued stones. 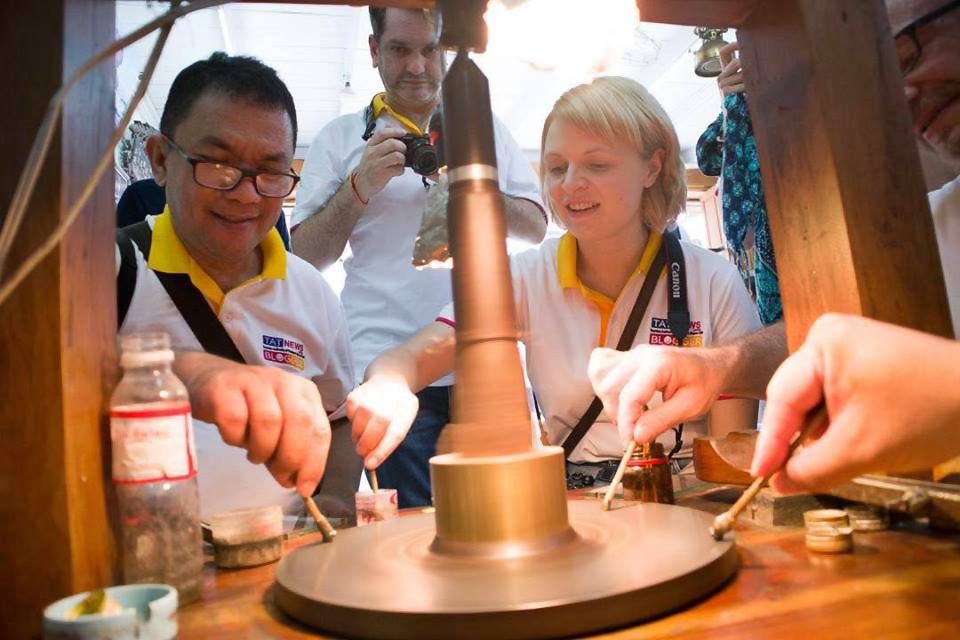 However, due to the lucrativeness of the art of converting roughs and even non-gemstone varieties, local entrepreneurs in the business resort to procuring raw and unpolished ingredients from countries like Sri Lanka and Africa to make a massive profit.

But while the trade is tainted with deceit, merchants of the trade are quite honest about the products they are selling. Real and untreated gemstones often carry more monetary value than those which were processed to look better. The difference is often indicated in their pricing.

Although most of the sellers in this market are indeed locals of Chanthaburi, if not the neighbouring provinces of Thailand, trade between people of the different tongue is no issue here. Like in all market, money is the language of the trade and there’s a calculator which intermediated between the seller and the buyer. 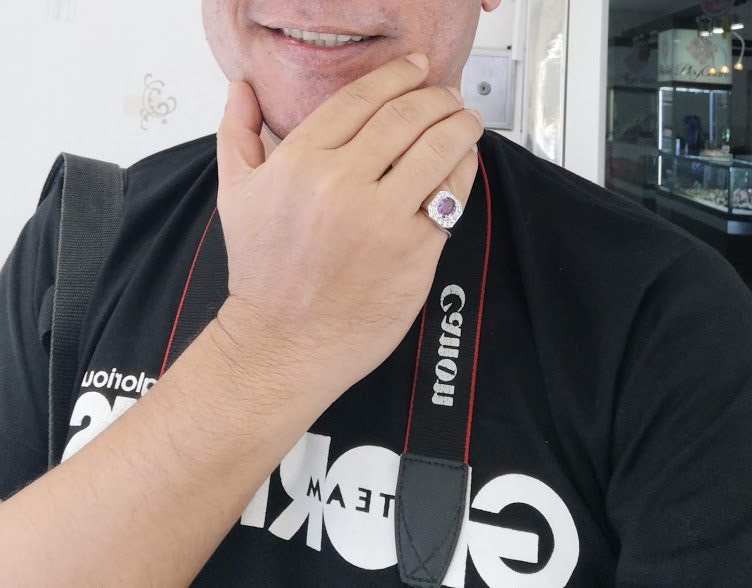 Just like most travellers visiting Chanthaburi,  got this nice souvenir for my trip

And, of course, using the right gestures, too, aid in conveying the right message across. It is just a matter of using the proper gesticulation when trying to make a bargain. 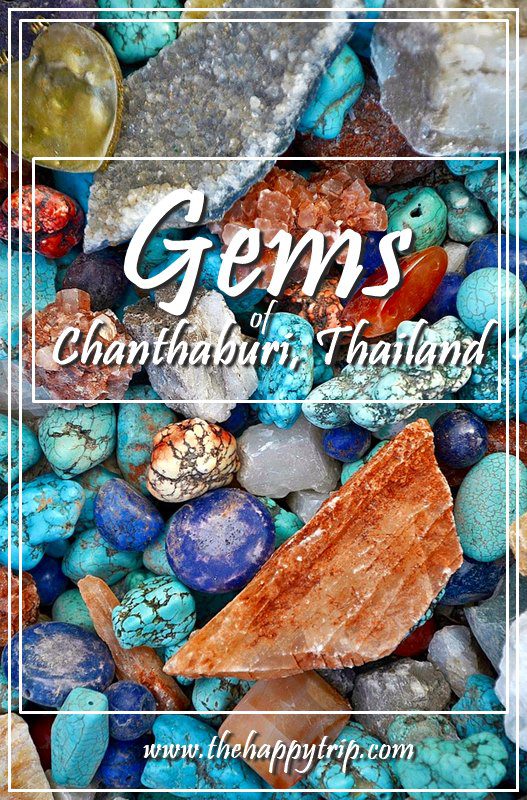