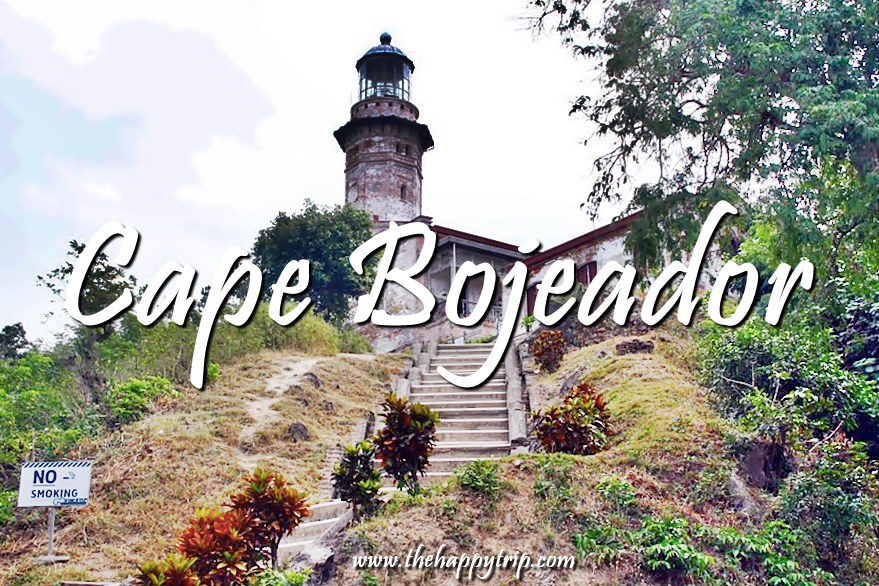 Cape Bojeador Lighthouse, also known as Burgos Lighthouse, is a cultural heritage structure in Burgos, Ilocos Norte, that was established during the Spanish Colonial period in the Philippines. It was first lit on March 30, 1892, and is set high on Vigia de Nagpartian Hill overlooking the scenic Cape Bojeador where early ships used to sail by. After over 100 years, it still functions as a welcoming beacon to the international ships that enter the Philippine Archipelago from the north and guide them safely away from the rocky coast of the town. 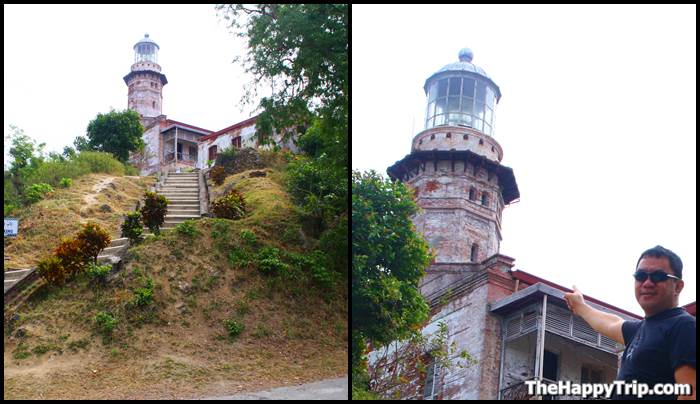 The rustic Cape Bojeador Lighthouse is a fantastic sight. It’s not every day that I  see this kind of place, so I took a lot of photos of myself in various parts of the lighthouse.

Located in the southern and western flank of the courtyard is the main gate of the Cape Bojeador Lighthouse. The main yard already tells a lot of stories about the place.

At the center of the courtyard is a well and a cistern, used by the keepers for their water needs. Straddling the yard to the east and west are the kitchens and store areas. 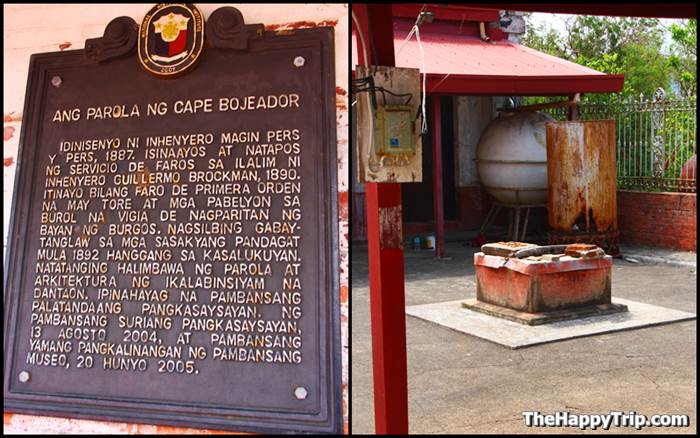 Stairs in a “T” formation directs the visitor to the pavilion. The pavilion located below the tower is in relatively good condition. Though proper restoration of some of its architectural detailing; such as capiz and windowpanes, decorative iron grilles, plastering and gutter works need immediate attention. The pavilion contains five apartments: four quarters, each provided with a separated living area, bedroom, and one watch room overlooking the Cape. A connecting hallway adjoins all the rooms except the watch room, which is accessible only through the veranda overlooking the courtyard.

The verandah overlooking the courtyard of Cape Bojeador Lighthouse

The most prominent structure in the vicinity is the 66-foot-tall (20 m) octagonal stone tower. Unfortunately, the stairs going to the topmost are under repair, and they won’t allow us to get inside the tower.  Contrary to popular belief, it is not the highest-elevated nor tallest lighthouse in the Philippines. 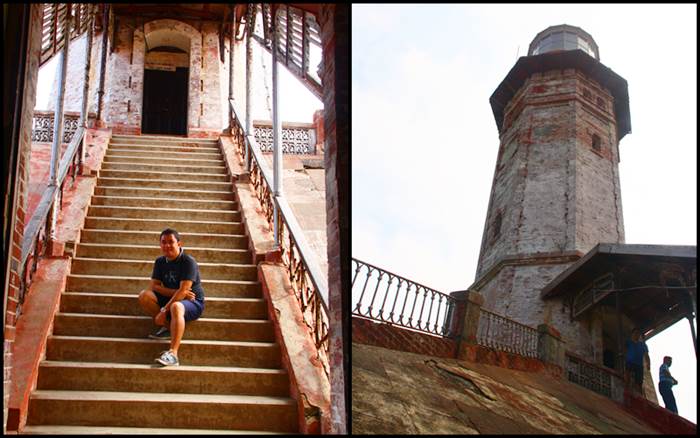 L-R: The Author at the stairs going to the tower; the stone tower

After taking the photos I need, we went down immediately to proceed to our next destination.

Stalls selling food and souvenir items around the area is proof that this place is highly visited by tourists.

Cape Bojeador is located approximately 35 kilometers north of the City of Laoag, there is a large sign along the national highway which serves as the landmark for Cape Bojeador Lighthouse. 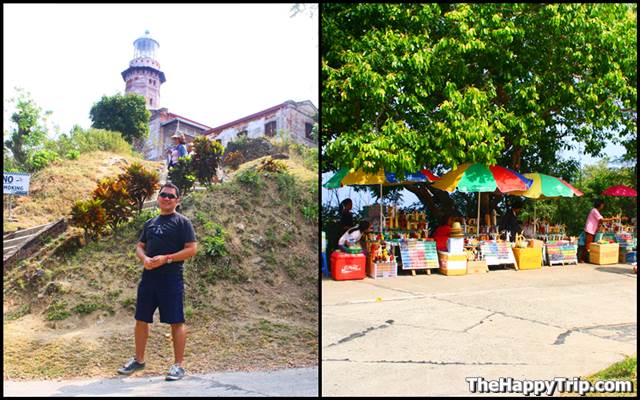 Where to Stay in Laoag, Ilocos Norte