San Sebastian Church is also known as Minor Basilica of San Sebastian or San Sebastian Basilica of St. Sebastian in Quiapo, Manila. It is also a minor basilica of the Roman Catholic churches here in the country. This church is significant for its architectural design, which was completed in the year 1891. It is the only steel building church that was standing in the country containing the Gothic style of architecture. It received the privilege of being a National Historic Landmark (1973) and National Cultural Treasure (2011). The Order of Augustinian Recollects is the one in charge of the management and protection of the San Sebastian Church. It also has a nearby school, which is the San Sebastian College located at Plaza del Carmen, in Quiapo, Manila. 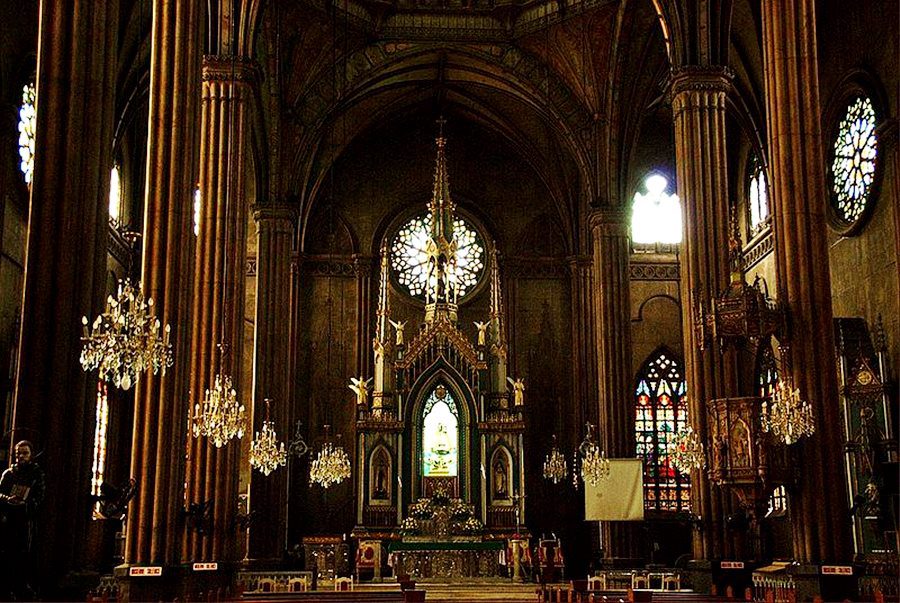 Bernardino Castillo, being a devotee of St. Sebastian, he donated the church’s land where it stands. The former structure of the church is composed of wood that has been burned in the year 1651, then, it was built again by bricks but devastated by such circumstances like fires and earthquakes in 1859, 1863, and 1880.

After the scourging events, Esteban Martinez, the priest of the destroyed church, talked to Architect Genaro Palacios to build a new church that can survive disasters. Palacios came up with an idea of having a church made of steel and a combination of Earthquake Baroque and Neo-Gothic style of architecture. It was said that the church inspired his design in Burgos, Spain, which is the Burgos, Cathedral. 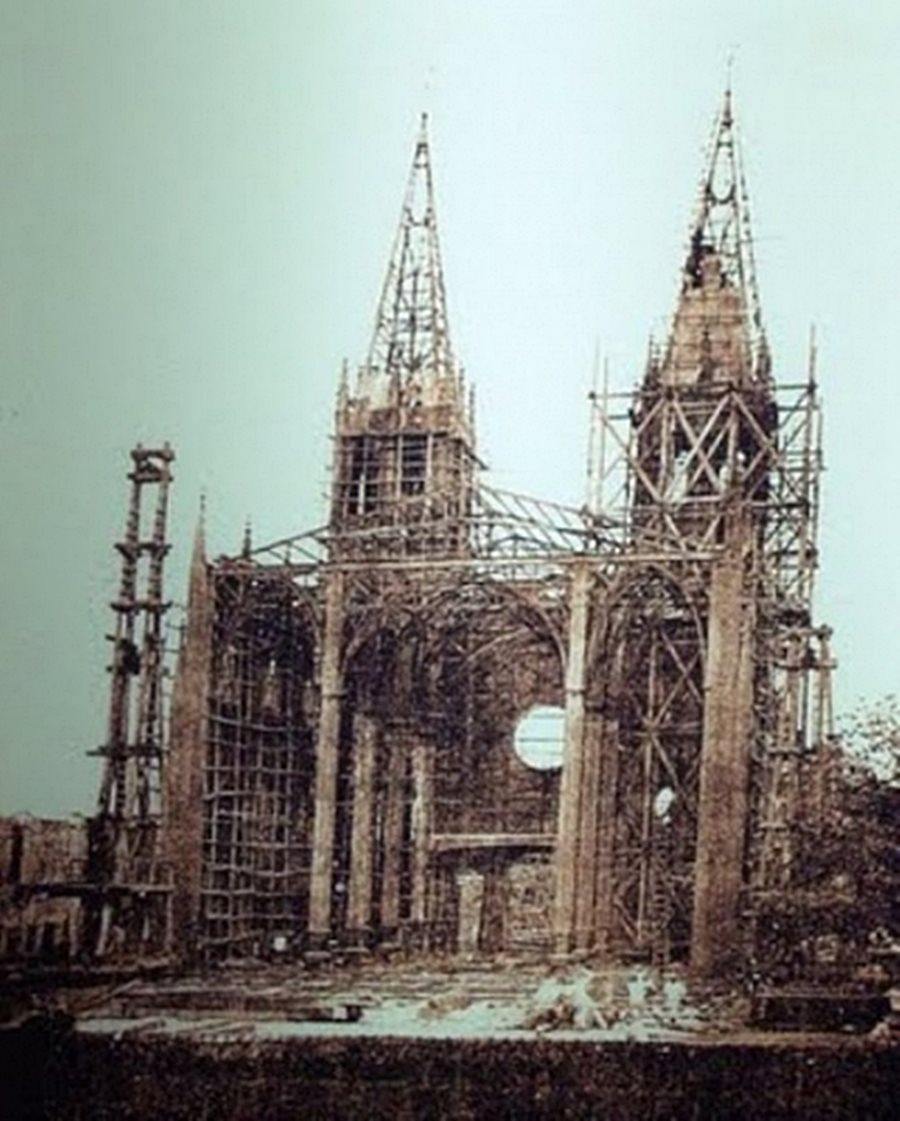 The steel sections of the church came from Binche, Belgium, and ordered from the Societe Anonyme des Enterprises de Travaux Publiques, as historian Ambeth Ocampo stated. Belgian engineers helped them to construct the church with several 52 tonnes. And on September 11, 1980, the first column was erected. Heinrich Oidtmann Company imported the stained glass windows from Germany, and soon, the local artists did the finishing touches on the church.

Pope Leo XIII raised the status of the church as a minor basilica (June 24, 1890). Still, then the Basílica Menor de San Sebastián was dedicated by the 25th Archbishop of Manila, which is Bernardino Nozaleda y Villa OP.

Based on the statements of an Augustinian Recollect priest, Jesús Pastor Paloma, the church was expected to have a retablo altar, but it was lost when they were transporting it from Belgium conquering the storm. Additionally, the base was intended to look like a hull of the ship to sway when an earthquake comes. After all the challenges came, restoration started in the year 2011. 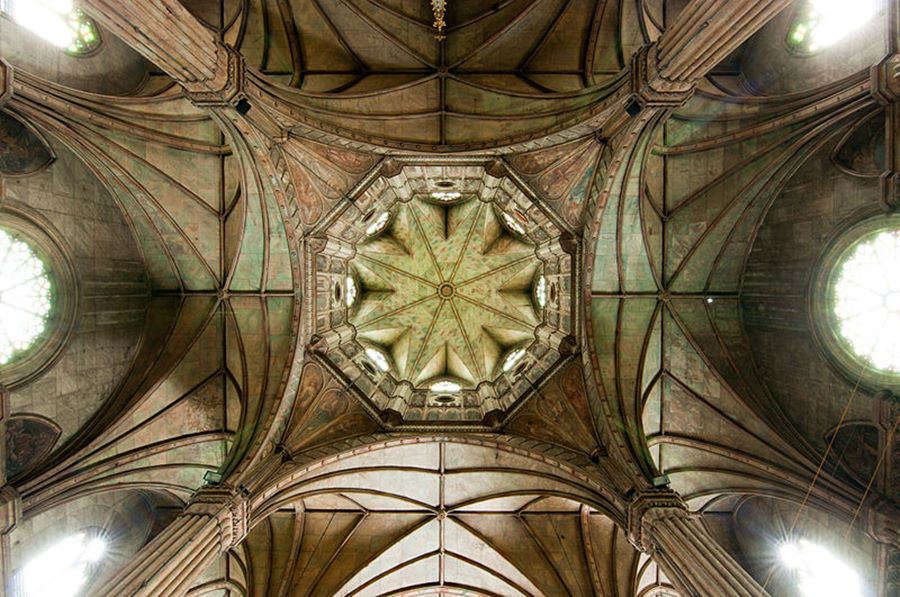 There are two openwork tower and a steel vaulting in this church, and from its nave, its height measures 12 meters and 32 meters to the peak of the two spires.

The images depicted in columns, walls, and top of the church were painted by Felix Marinez, Isabelo Tampingco, and Lorenzo Rocha to show the marble and jasper design. Lorenzo Rocha’s Trompe l’oeil paintings of saints and martyrs were designed in the interior. The revival spirit of the church was designed by Lorenzo Guererro and Rocha with the sculptures of Eusebio Garcia.

Seeing from the top of the giant altar, Our Lady of Mount Carmel is standing; it was given by the Carmelite sisters in 1617 from Mexico City. It survived the devastations, but then, they stole the ivory head of it in the year 1975. 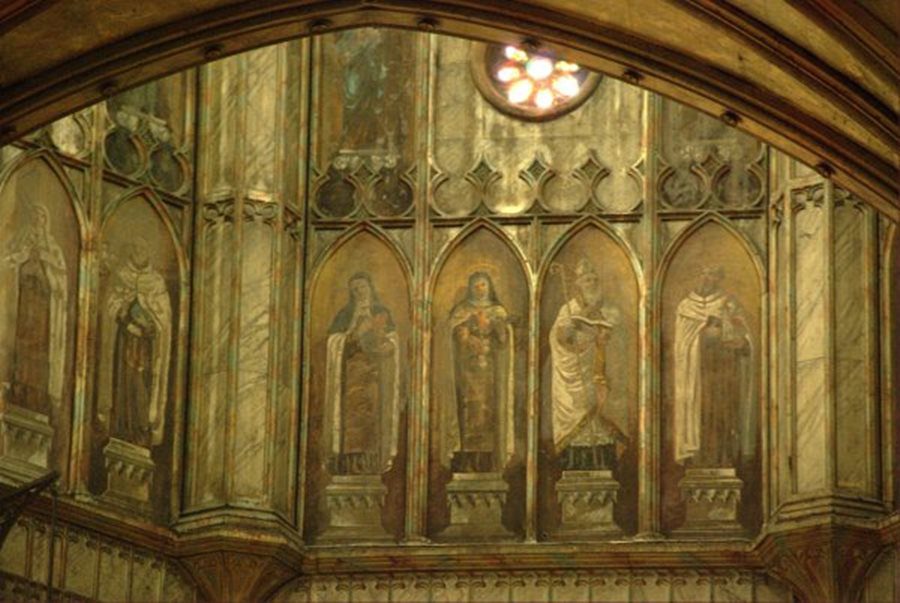 President Ferdinand Marcos announced that San Sebastian Church is a National Historic Landmark on August 01, 1973, through Presidential Decree No. 260. Then, the National Museum of the Philippines declared that it was a National Cultural Treasure on August 15, 2011. It was also included in the list of National Historical Commission of the Philippines of the possible designation of being a World Heritage Site because of its architectural design and history. Still, in the year 2017, it lost its slot on the list. 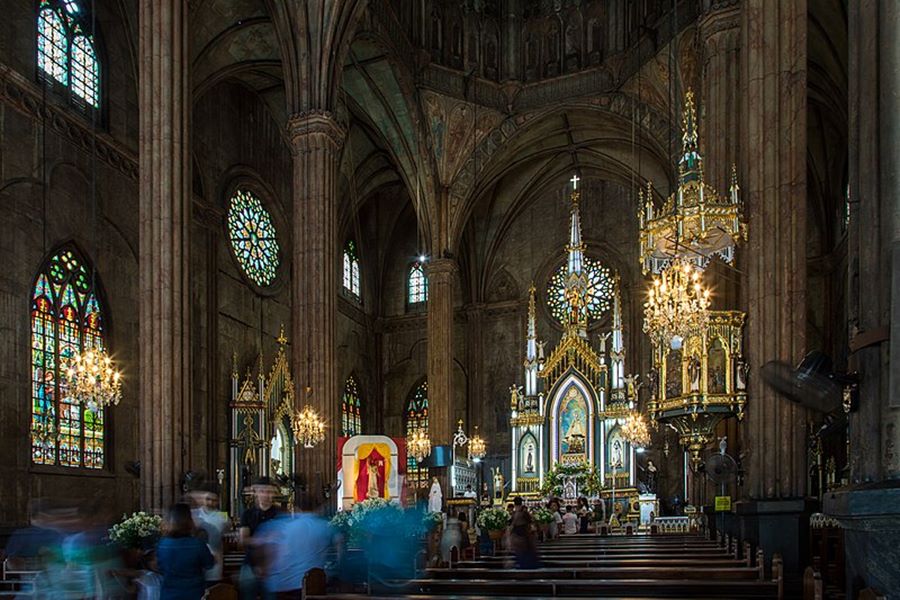 Gustave Eiffel, the French engineer who constructed the famous Eiffel Tower and the steel structure of Statue of Liberty, was believed that he helped in the construction of this church, but it was never proven. Instead, it was confirmed that he was involved in constructing the San Ignacio Church in Intramuros regarding its design and the metal framework of the structure. Thus, the involvement of Gustave Eiffel in the Philippines is significant.

Visiting this church in Manila will make you feel the spiritual aspect, and not only that, it will make you wonder about its design. The Philippines has many Baroque Historical churches that can make your eyes open widely. Come and visit San Sebastian Church not only for vacation, but also you can learn from its visual aesthetic value.