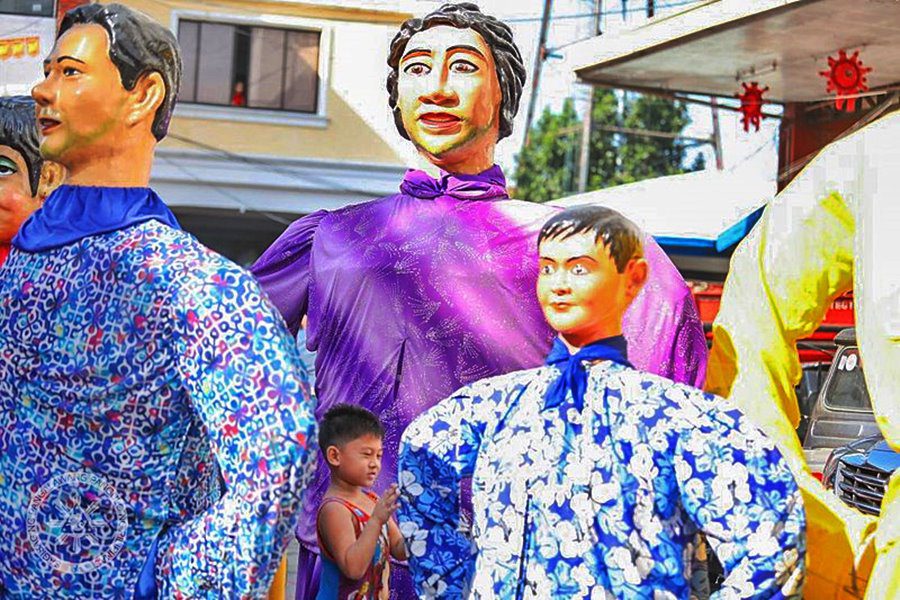 Filipinos are fond of celebrating various festivals. One of these big fiestas is located in the City of Angono, Rizal which is the so-called Higantes Festival that is held annually on the 22nd and 23rd day of November to express their gratitude for their patron saint, San Clemente.

Higantes Festival is considered as one of the unique festivals in the Philippines. It is said that this kind of celebration is primarily done as a form of agrarian protest where they created papier-mache giants to mock the Spanish Hacienda’s owners. A study theorized that the higante was referred by the people of Angono as the ‘katiwala’ or caretaker of the hacienda named Karias with whom they made a vengeance. Moreover, a Frenchman told a story and predicted that someday giants would arise and become famous. Figuratively with his words, the Angono became the hometown of the two most prominent national artists namely Carlos “Botong” Francisco in the field of visual arts and Professor Lucio D. San Pedro in the field of music. Withal, Sanguinsin speculated that papier-mache higantes only started when Artemio Tajan was asked by Carlos “Botong” Francisco to add an element of festivity and felicity to the celebration after World War II’s wreckage.

Nowadays, higantes represent the different barangay or the smallest unit society of Angono such as the duck-shaped higante of a certain barangay wherein they are known for their one and only fried duck and ‘balut’. Angono craftsmen also made higantes of the images of national officials, Angono’s legends and myths and the vegetables coming from the folk song ‘Bahay Kubo’. Mr. Perdigon Vocalan made the festival more exhilarating by means of representing the 13 barangays of Angono with two to four higantes that symbolizes their nature of personality as well as the background of their barangay.

The head of higantes is made from paper mache molded in clay then dried under the heat of the sun while its body is made of bamboo or rattan and dressed by newspapers. As the modernization evolves, higantes made of paper mache are replaced by resin. Furthermore, higantes are measured as four to five feet in diameter and ten to twelve in height.

People can enjoy hundreds of either men and women higantes with different sizes and shapes that are being shown at the Higantes Festival. Traditionally, people sprinkle water on the parade or in each other to spread and attract blessings. San Clemente, the patron saint of fishermen, symbolizes the water which the people have shouted for. The highlight of the festival is the procession of the patron saint, San Clemente which is carried by many male devotees and conveyed by “pahadores” or devotees dressed in colorful local costumes such as fisherman clothes with fishnets and traps with them. The parade goes on with an accompaniment of drum and lyre band which is playing music and shouting “Viva San Clemente.”

A lot of seminars and workshops have been funded by the government mainly by the Department of Tourism and Provincial Tourism Office to support the higantes making. Afterward, thirty-nine various higantes will be seen at the Higantes Festival. People of Angonos are incessantly united to keep the Higantes Festival alive and glorious over the years and for the next generations. 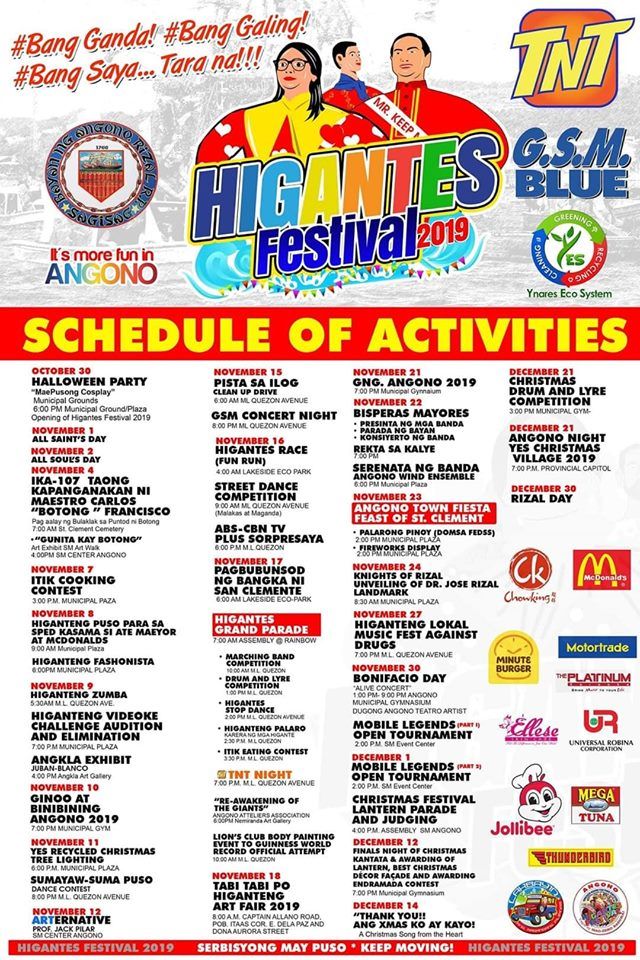