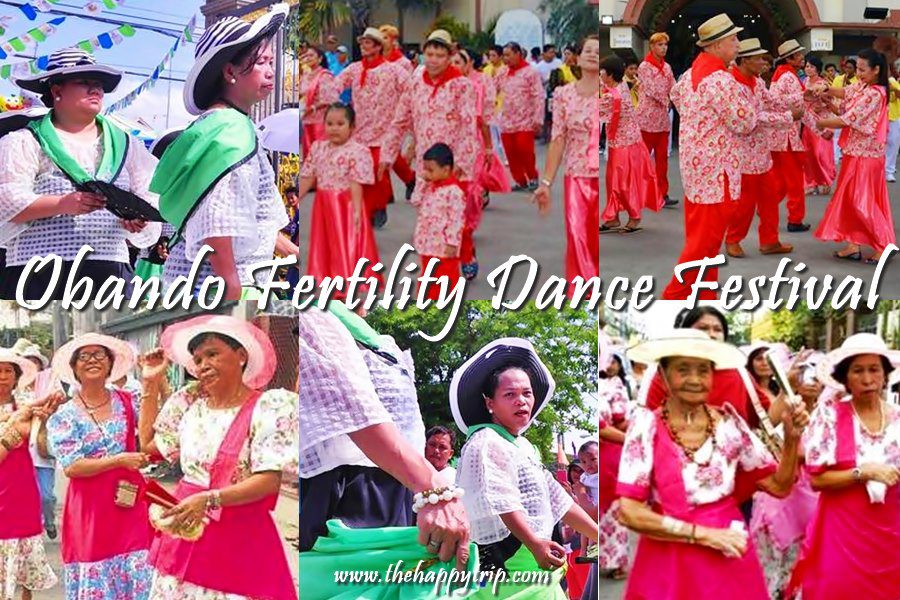 In the province of Bulacan, a particular municipality is commonly visited by a lot of people during mid-May. This is the Municipality of Obando which is approximately 16 kilometers from Manila, the capital of the Philippines. During May, a celebration is held for three days Obando Festival in honor of the three saints of the Obando Church.

In old times before the Spaniards came, people believe in deities. The people before celebrates fertility in a ritual called “Kasilonawan”. In this celebration, the Babaylans or shamans/healers would dance as an offering for the deities’ goodwill. When the Spaniards came, they have taught the people about Christianity, and the deities were then replaced by saints in the minds of the people. There is no official record of the Obando Festival origin, but it has been said that it was due to the Franciscans’ influence and the discovery of the image of the Virgin in the nearby waters.

The church is formally named as the San Pascual Baylon Parish Church, and it is part of the Diocese of Malolos. The church was founded by Franciscan missionaries during the Spanish colonial period. The church is the venue for the three days feast that honors their three patron saints.

The three saints honored in Obando Festival are San Pascual Baylon (Saint Paschal Baylon), Santa Clara (Saint Clare of Assisi), and the Our Lady of Salambào. It was said that the three became the saints for the town in relevance to the original rituals by the previous people of Obando.

The feast occurs for three days, from May 17 to May 19 in celebration for each of the saints. The event falls each month of May. Masses and processions are led by the church. Ceremonies are commonly held in the morning every hour during the festival. While the procession is held at 8 AM for two to three hours, where the saint that leads it differs for each day of the feast. The first day of the celebration is in honor of San Pascual Baylon, the second day is for Santa Clara, and the last day is to celebrate the feast for Our Lady of Salambào.

Outside the church in its plaza, some booths sell religious items, local food, and other souvenir items. In front of the church and on the streets, there are religious sisters, seminarians, and ordinary folks who sell various items like images of saints, eggs with ribbons, and even balloons. While there are no shops in the central plaza to make a place for the dancers.

The Fertility (Obando Festival) dance is the main reason couples from different parts of the country come to Obando. The dance is held during the procession, following a simple choreography that has a silent prayer for each step. In the procession, there are dancers that lead the simple dancing which the couple can easily follow. Participants can add their own prayers during the procession. It is believed that couples who are struggling to conceive a child will be blessed and finally have their prayers answered by joining in the feast. There are stories shared about the couples who participated in the fertility dance during the previous feast have finally conceived. Some of the couples who had their prayers answered still joins in the feast to give hope and proof that prayers get answered.

The next Obando Festival will be held on May 17 to 19, 2019, from Friday to Sunday at the San Pascual Baylon Church. The Obando Festival is not only for couples as many people would think, but it is also a feast that should be cherished in honor of the three saints who gives hope and strengthens faith.