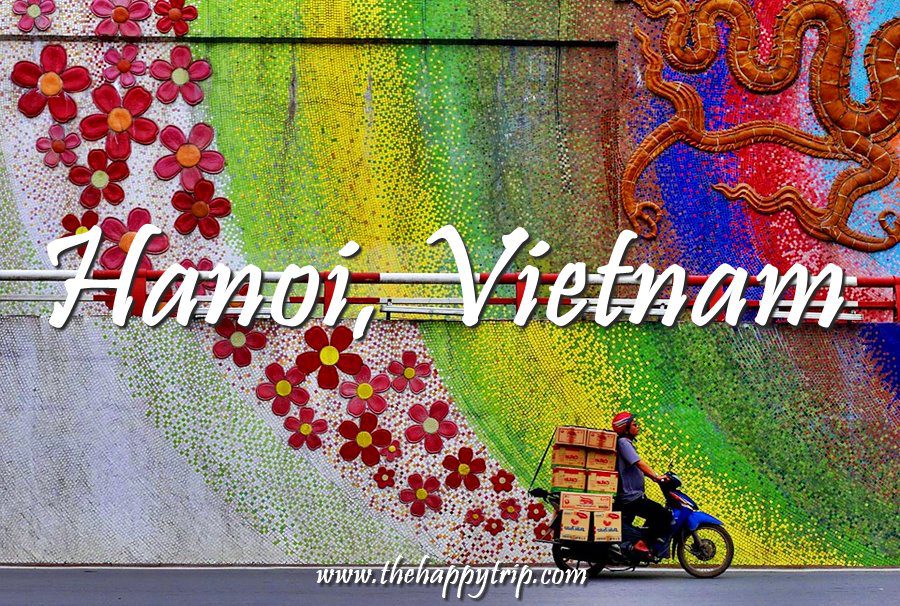 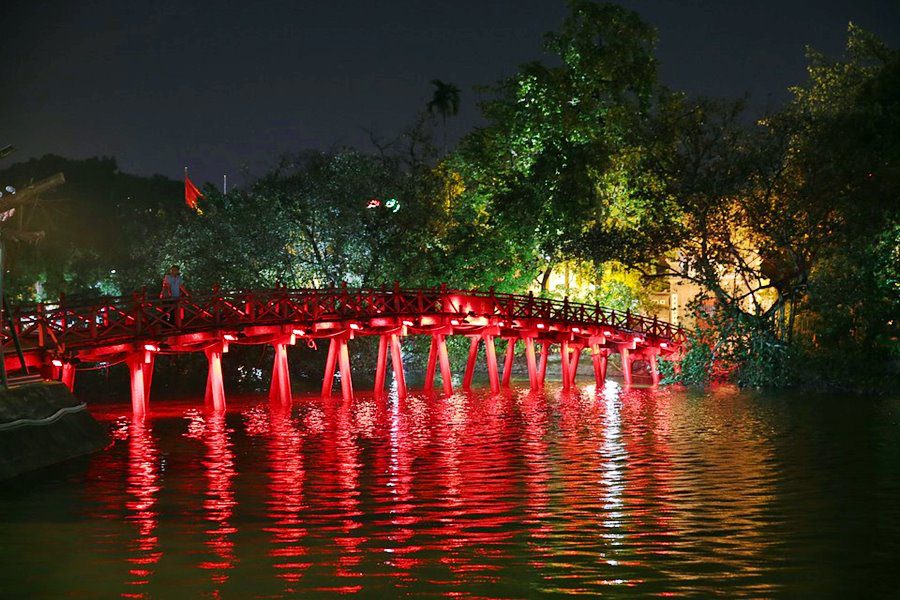 The beauty of Hanoi is likened to a beautiful woman with many mesmerized suitors. With a beauty so captivating, many had attempted to possess it as their own. For a very long time since having established itself as a sovereign kingdom, Hanoi had been invaded, occupied, restored, and went through a handful of name changes a couple of times. But, surprisingly, the city remained largely unscathed by the ravages of wars that took part in the country.

Many invading forces who took a special interest in this lovely city share the same notion that Hanoi is indeed a “fine city,” a label it held for at least a millennium. But the role of being a capital city was not without its contention, especially during the time of schism which divided the country into two parts: north and south. While the north had Hanoi as its capital city, the south had Saigon as its own.

Yet, along with the reunification which made the country of Vietnam a whole nation again, the elegance of Hanoi trumped over Saigon—now Ho Chi Minh city—as it retained its status as a capital city, more importantly of a reunified country. Charm may be Hanoi’s greatest strengths especially as a tourist hotspot, it also makes for a weakness as it trades off economic gains for keeping the tradition, which is a direct contrast to its former rival, Ho Chi Minh city around the south.

Despite sounding archaic, Hanoi is no backwater city with just a bit of development. Like most cities that are also deemed a country’s capital, Hanoi remains a center of growth and development in Vietnam—surprisingly, even the fastest among rapidly developing cities of Southeast Asia.

But while Hanoi is symbolically Vietnamese, it is not solely Eastern with its adornment. Like the modern Vietnamese who has the option between Western fashion and Eastern trend, Hanoi is a city that seamlessly blended the cultures of Sino-Vietnamese tradition and that of the French, its former and most recent foreign ruler.

Although not a stranger when it comes to Western architecture, Hanoi is most peculiar for the preservation of its own flair of buildings which typically do not rise higher than five-story structure. This is very much ostensive in Hanoi’s Old Quarter which is described as second only to Hoi An for holding on to the pre-colonial style of architecture.

For a specific region that has of significant importance since time immemorial, Hanoi makes also a place for different functions, some of which being the “firsts” in the country.

Given the importance of learning or the passing of knowledge from one generation to the next, Hanoi was the origin of Vietnam’s first learning institution which was established in as early as the 11th century. About nine hundred years later, the first Western university was also erected in the same region. Unsurprisingly, for a place so well-entrenched in studies, the capital city of Hanoi makes for Vietnam’s center of scientific study and research. 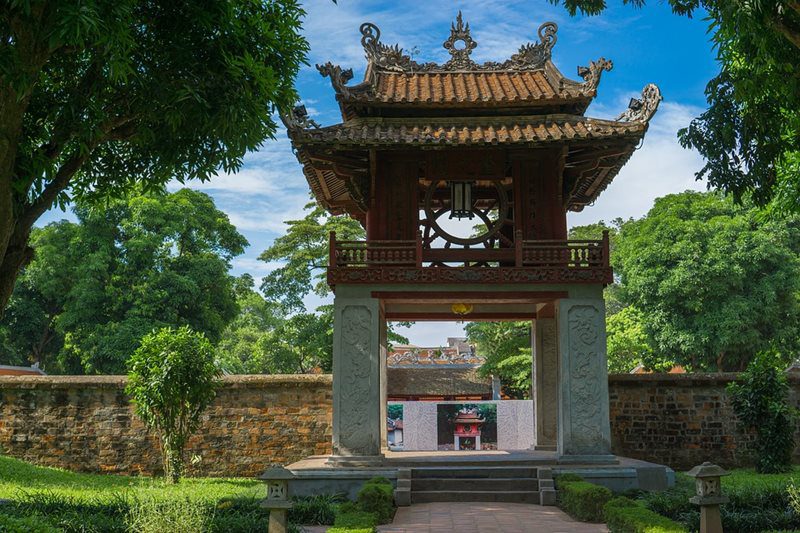 HANOI, VIETNAM  TOURIST SPOTS, AND THINGS TO DO

Located in Ba Dinh in Hanoi, lies a place designated as one of the world heritage sites as considered by the UNESCO. This is a historical place since it serves as the ancient city of ancient Vietnam, making it a cradle of civilization for the past eight centuries. Albeit old and ancient, the beautiful remnants of the past could be seen here as manifested by the towering tower flag at its center.

Learn how to cook through crash courses

Why settle for eating Vietnamese food if you could prepare one for yourself? Do not be dependent on what the market has to offer. Instead, go and attend the crash cooking course which they provide along with a market tour. This then provides a higher level of exposure to the culture of the locals.

Are you genuinely interested in the origin of the name’s place Ho Chi Minh? Then the perfect place for you to go to is the resting place of the name behind it, the mausoleum of Ho Chi Minh, the first-ever communist leader of the country. The preserved body of him may be seen, thus, recreating history through a visit in this place would complete your trip.

May it be biking or just walking, it would surely be a fun one. The Hoan Kiem Lake is very accessible to everyone due to its ideal location, the center of the city. Similarly, there is also a bridge that connects this park to a temple, the Ngoc Soc. It is entirely your choice if you’ll like to explore the place through biking or walking, but I would highly recommend that you go here to witness the fantastic sunrise or sunset.

The establishment can be dated way back in 1911 during the invasion of the French whereas it is no wonder that it has a great resemblance to the Opera Houses located in Paris. This served them as a fun hub of the elite French who would like to have some fun through theatrical plays. Nowadays, this place serves as a venue for Vietnamese plays as well as other concerts.

Just with the name itself, the place sounds intriguing and fun to visit. Many scholars would go here to draw inspiration from the Chinese teachings since it primarily functions as a center of learning. There is also a park available in the area which you may find so serene due to the different plants in the beautiful garden.

Are puppets having fun on a slide and water environment? This may have been one of the unique performances you could ever witness. Rather than going to the traditional puppet shows which are rampant in this place, go for this unique and spectacular performance produced by experts, the puppet masters.

Since the country was colonized by the French way back, it is inevitable that many structures were built in accordance with their taste, of their architecture. That is why if you happen to visit this old quarter, it is as if you are back in the past as you see the various establishments inspired by Parisian looks. Many activities are also available here such as riding a bicycle as well as scooters, sellers of food, and souvenir shops.

Grilled meat paired with sweet broth as well as fresh herbs, how does that sound like a Vietnamese specialty? Though most of the time, people fall in love with the cuisines of this country, it will not be a complete adventure without getting a taste of this particular cuisine. Served with love and passion.

If you are now looking for a more physically challenging activity, I would highly recommend that you proceed to the Ba Vi National Park. This entails a lot of walking, plus hiking! Be mesmerized by the beauty of nature as you do your fun bonding activity here.

Northern Vietnam is well known for its natural beauty, and if you would like to take a glimpse of that, you may proceed to Ninh Binh and have a tour by riding a motorbike on your own! Not only you’ll see a magnificent view of the place, but you will also get the chance to be acquainted with the locals.

If you wish to have hassle-free transportation from the airport to your hotel or at Halong Bay, a private vehicle is highly recommended. You can book private transport on the link below.

Book Bai Dinh and Trang An Day Tour by Bus from Hanoi here – Price Starts at 1,680

To compare prices or book, just click on the links below for your hotel room.