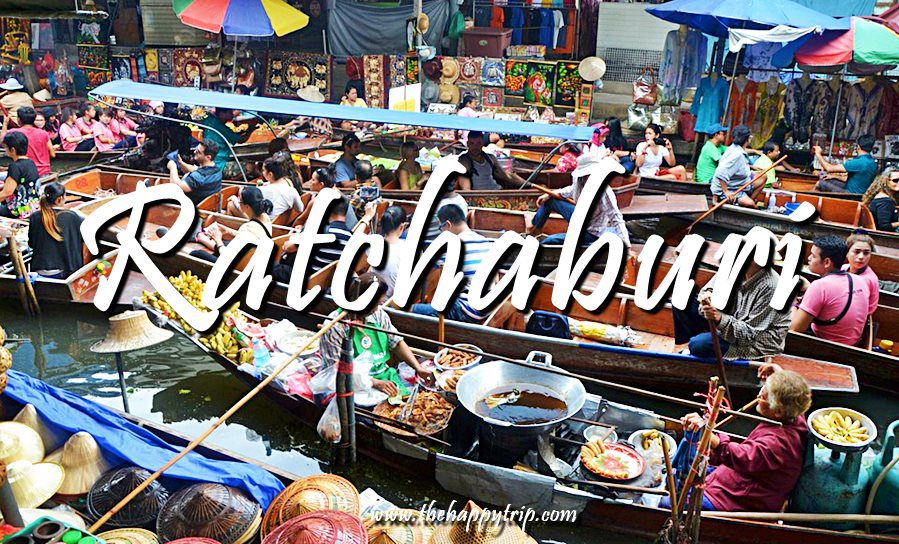 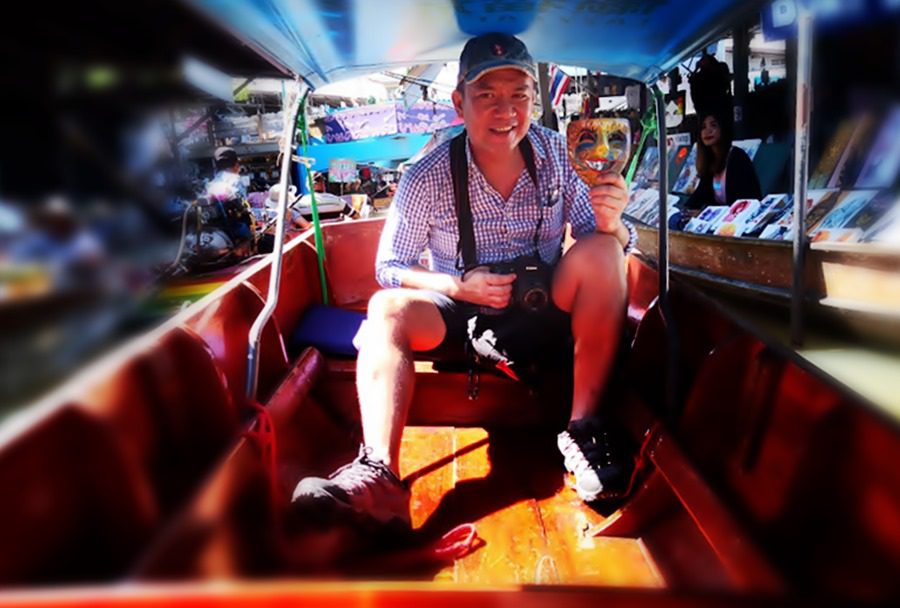 Ratchaburi: Thailand’s “Land of the King”

The history of Thailand is a tale of territorial losses and territorial gains. As a kingdom pressed on most sides with neighboring kingdoms, to gain territory through conquer or to lose some through defeat is a game of chess in this particular part of South East Asia.

Although all provinces that make up what is today’s Thailand is special in their own unique ways, Ratchaburi stood out as among the most interesting for its history as a city of a different kingdom. Literally meaning “The Land of King”—since it was the birthplace of King Rama I—Ratchaburi was once a part of a mythical kingdom—the Mon Kingdom—but dates back to the time of the Suvannabhumi Kingdom until Dvaravati.

Back then a subject to a great Indian King called Asoka, Ratchaburi was once a site where the teachings of Buddhism took place and had its roots. Consequently, this made the population of the province be predominantly Buddhist—as much as 98% of them.

Since then up to the present, Ratchaburi, Thailand had been considered a hub for tradesmen and even a gateway to its neighboring kingdom to the west, Burma. As a result of this kind of dealings between people, Ratchaburi has become inevitably a dense melting pot for people of different races.

Like any other place whose development was carved by the dynamics that took place in it, Ratchaburi makes for an interesting assortment of history, culture, art, and amazing natural sceneries. Although this province in the western part of Thailand might be known for many things, one symbol perhaps best symbolized this province—the dragon-design jar.

Yet, no other statement best-described everything that this province represents than its own slogan which says, “Beautiful women of Photharam, beautiful women of Baan Pong, the city of earthenware jars, shadow plays at Wat Khanon, magnificent caves, the floating market at Damnoen, bats, delicious Yii Sok fish.” 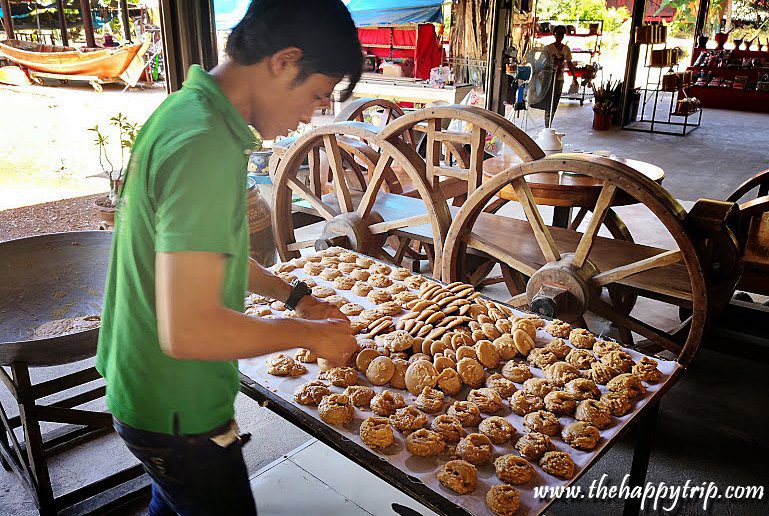 Located at the western region of modern-day Thailand, Ratchaburi borders the country of Myanmar (Burma) to the west by a line. Being just a step away to another nation, Ratchaburi—while not solely—is inevitably often described as a gateway to Myanmar given their very close proximity.

With a total land area of around 5,196 square kilometers, Ratchaburi, Thailand is technically considered a medium-sized province. Overall, the province is subdivided into three different parts: the western-most, 60 kilometer stretch of land which it shares with Myanmar, the 200-300 meters elevated areas and forests, and the damped central area as influenced by river flow.

The western side of the province is described as mountainous, known for limestone and caves which are lived by bats, while its eastern side has rivers which are branches into multiple canals.

But even the western side of the province has its own river, too—particularly, the Phachi River. Across the left bank of this main river is a preserved area, Chaloem Phra Kiat Thai Prachan National Park. 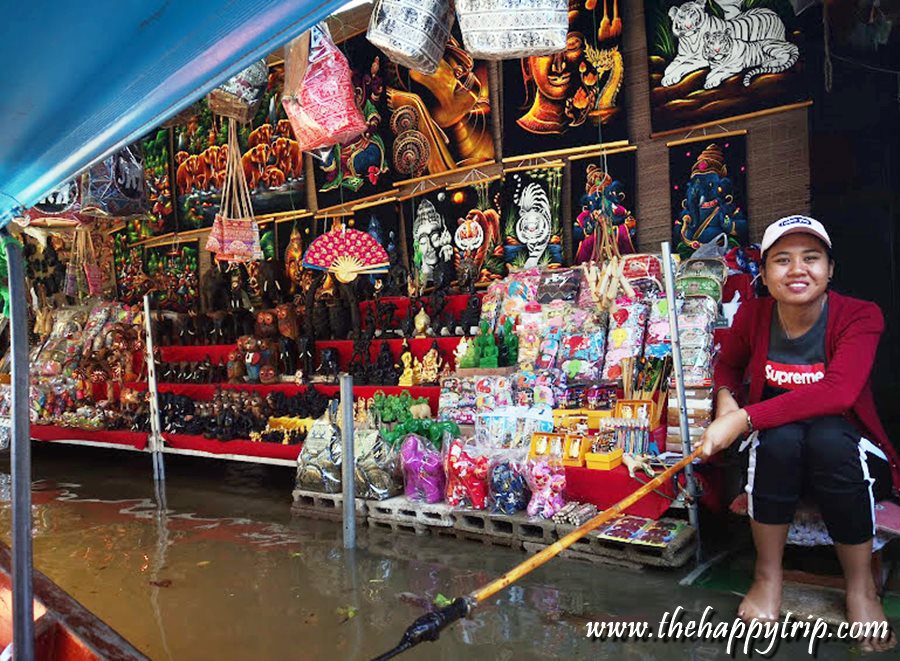 If you are now looking for a more intimate and personal adventure, go over the Alpaca Hill and interact with farm animals. For a minimal fee, you will get to tour around the first-ever Alpaca farm in entire Thailand. Better to bring your kids with you here because they are going to have a whole lot of fun and adventure.

Bangkok is famous for its floating markets, and one of which is the Damnoen Saduak. All you have to do is proceed here, rent a boat or join group tours, and roam around the stalls on crafts! You can find anything here, but their local products such as food and souvenirs are outstanding and of course worth a try.

The name of the place means a mountain with royal residence and is well-known for locals and tourists alike. Climbing up on this hill would give you a chance to see the breathtaking view of the city from the top, in the middle of the paradise. More than the view, what makes the place famous is its scenic garden which you may also want to visit. You have to be a little more careful since there are local monkeys in the area which at times tend to be naughty. Look for your belongings because these might be snatched by the local monkeys.

How about caves with ancient and great images of Buddha? Well, this antiquity of these caves makes it more ideal for those who are into this kind of activity. Not only they manage to visit images of Buddha, but they all also but get to experience the ups and downs of coming here. There are also present local monkeys here, which I mentioned earlier that tends towards being naughty. Plus, the scenic view from the top of the caves is also worth a glimpse.

Ratchaburi, Thailand experience will never be complete without getting a taste of what they have to offer. To experience this, proceed to the Krua Mon Khai Restaurant and try their sumptuous food. Their bestsellers include black rice, omelet bun, and sweet and sour fish. After dining, you might want to proceed to their souvenir shop and buy something for your loved ones! They also offer natural products in this store, something that is good for health.

Football sports enthusiasts will find this place a fantastic opportunity to witness Thai football. Be part of the roaring audience and be ready to be part of the wild and exciting game. Ratchaburi is the home of the group called the Dragons; they are the football club.

One thing that I would highly recommend if you are visiting a foreign place is to have a glimpse of its historical past. This will give you a more comprehensive understanding of the area, its culture, and its people’s tradition. Thus, taking a visit to the Ratchaburi National Museum provides you with all those opportunities. The displays and exhibits present in this museum are so vast and 9interesting, so much so that you will fall in love being indulged in the country’s historical past. 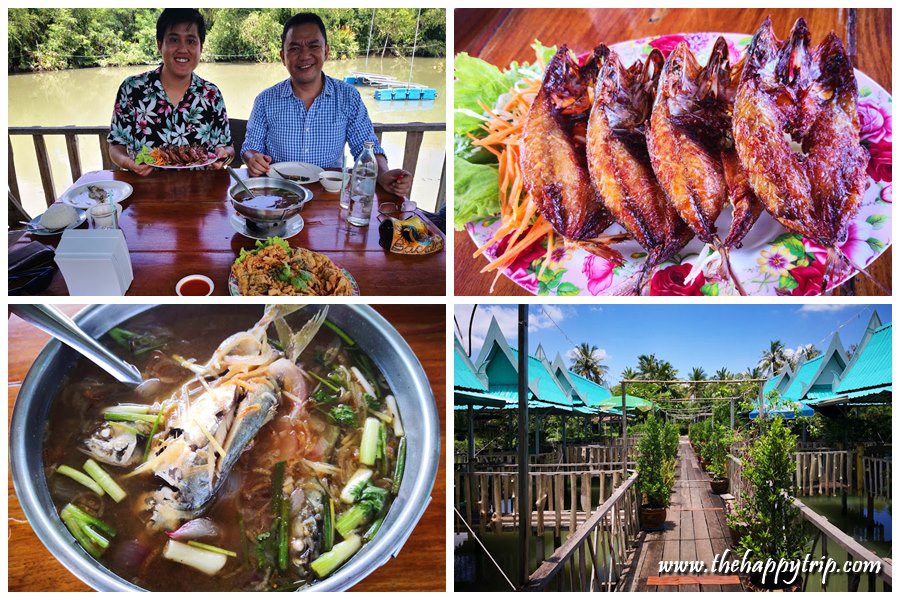 You can visit the Provinces of Ratchaburi, Thailand and Samut Songkhram in one day through TakeMeTour. Below is the itinerary.

Get Crazy at Maeklong Railway Market (Rom Hub Market). The place is located in the Province of Samut Songkhram, Thailand. The site is a fantastic wet market where vendors sell their fresh produce on the railway.

Take a boat at the canals to experience the Damnoen Saduak Floating Market located in the province of Ratchaburi, Thailand. The place is a marketplace of the locals since the 19th century. As you explore the area in a motorized boat, you can stop to buy some fruits and souvenir items from local vendors.

On your way back, you can have a short visit to a historical temple, the Wat Bang Kung (Samut Songkhram). Amazingly, The Wat Bang Kung’s old ordination hall is covered with Banyan tree and Bodhi tree.

This is lunchtime already and time to savor the local produce, the Mackerel. Please take note that food is included in the price of the tour. 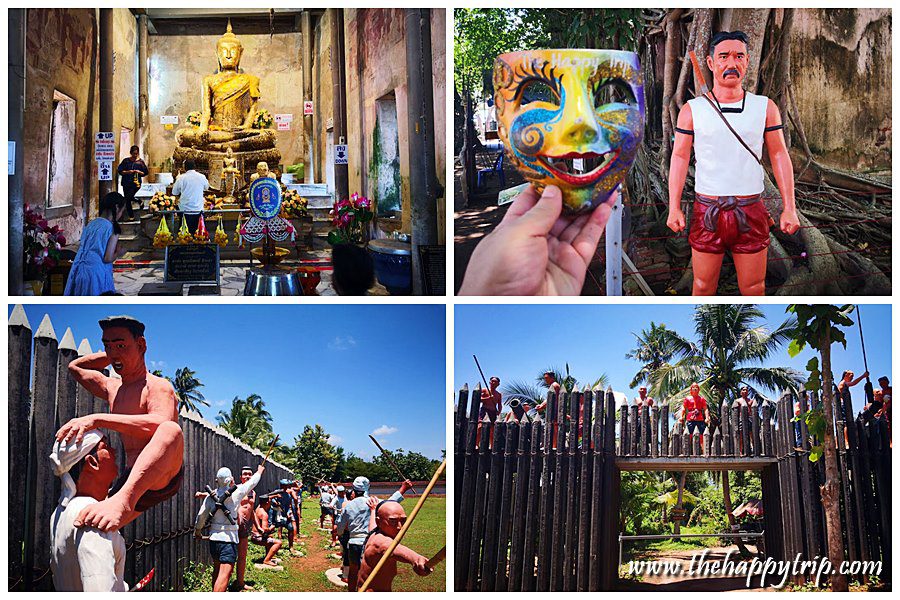