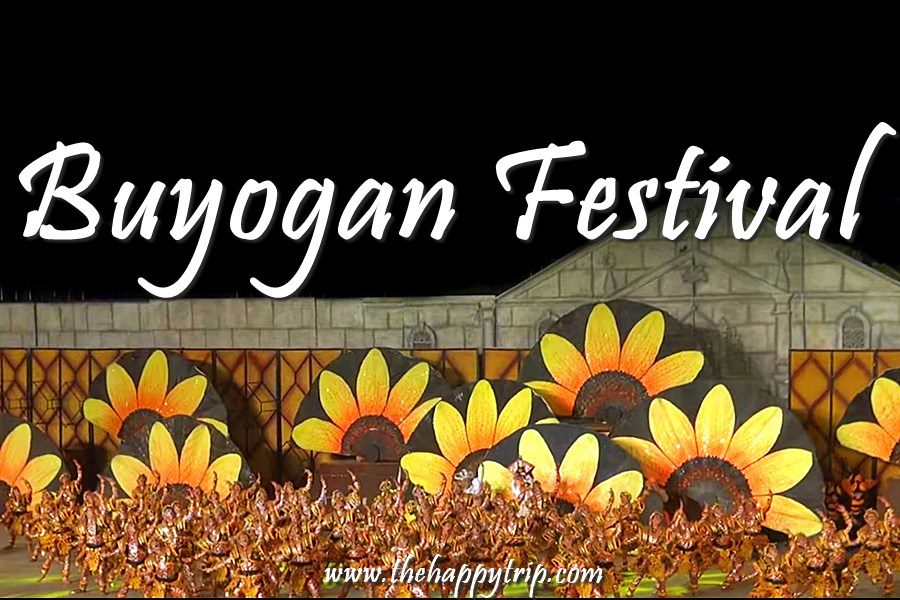 Among in the six provinces in Eastern Visayas Region, Leyte is one with three provinces: Biliran, Southern Leyte and Leyte. Abuyog is the municipality in the province of Leyte which the house of Buyogan Festival located. So when you’re from Manila, it stands 390 miles northwest to Abuyog.

Buyogan Festival is known as one of the best festivals in the Philippines from the pride of Leytenos. It is celebrated every year during the month of August in which the different sizes, shapes, and colors of the bees are being represented. Buyogan Festival comes from the word “buyog” means “a bee” to which the town of Abuyog acquired its name.

One famous story of the name Abuyog believed that it has originated at the time when Spaniards came at the shores of the river. They notice a swarm of bees and asked about the name of the place but the natives didn’t understand them and thought they were asking the name of the insects they noticed. The natives answered “Buyog” and Spaniards repeated the word they said, “Ah! Buyog”. That then became the town’s name.

Another interesting fact that an old legend says, Abuyog believed that it has one mystical creature known as Opayda. She was described as a good fairy who guides the fishermen back to the shore by using her magical voice and helped to heal the victims of bee stings.

The Buyogan Festival Stands Out Amazing than Ever!

The bees provide juicy honey you put in some sorts of food and drinks and as this sweet honey, Buyogan Festival now spreading the sweetness of the culture in Leyte. As it asserts new creative and colorful outfits decorated with different shapes and colors of a bee and imitating its bee-life to the beat of diverse Buyogan music.

Abuyog is known for its Buyogan Festival when the tribe being actively participated during festivals in the Philippines and as well as its participation in the international arena. Because of its artistic choreography that characterizes the shapes, colors, and movement of bees which linked the legendary perceptions of the good fairy Opayda, the culture of Leytenos and the town’s patron, they managed to showcase what’s the true Filipino pride placed with award-winning performances over the world.

The street dancing parade of Buyogan Festival happens around the coastal town of Abuyog and everyone in the town actively participated as well as the children. Performers wear a costume of a bee while some of the town’s residents have their faces and bodies painted in the color of bees and tribal tattoos of their rich culture.

Experience a lot of fun with the sparkling bees and witness their top-notch performances at Buyogan Festival.

How to get to Abuyog?

Planning to experience the Buyogan Festival? here’s how.

Abuyog is in the Island of Leyte and their municipality facing Leyte Gulf into the Pacific Ocean. When you are from Tacloban City and want to travel to Abuyog, you can simply ride a vehicle and they head you to the bus terminal. When you’re there you’ll see a van or bus that has labeled “Abuyog”. You can take a bus that has a fare of Php 65 or van that has Php 50 per head fare and they take you to the terminal of Abuyog located at Brgy. Tab-ok. 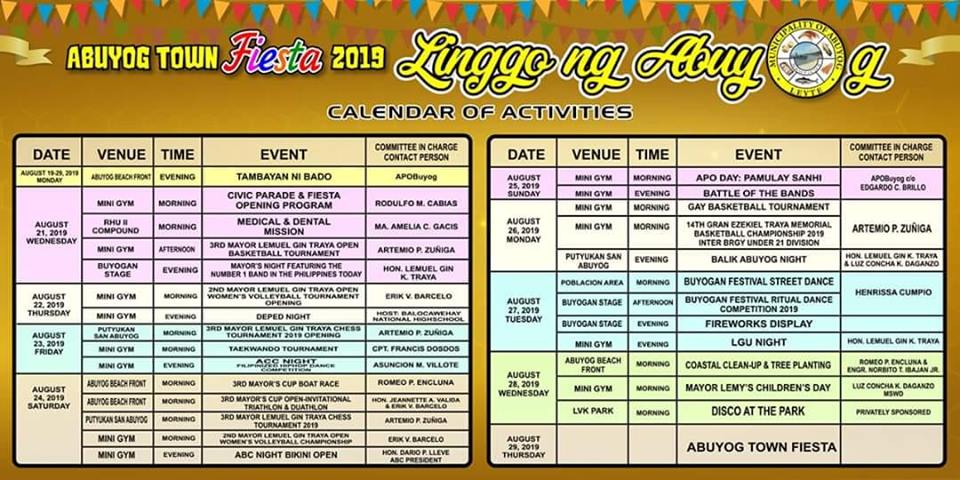