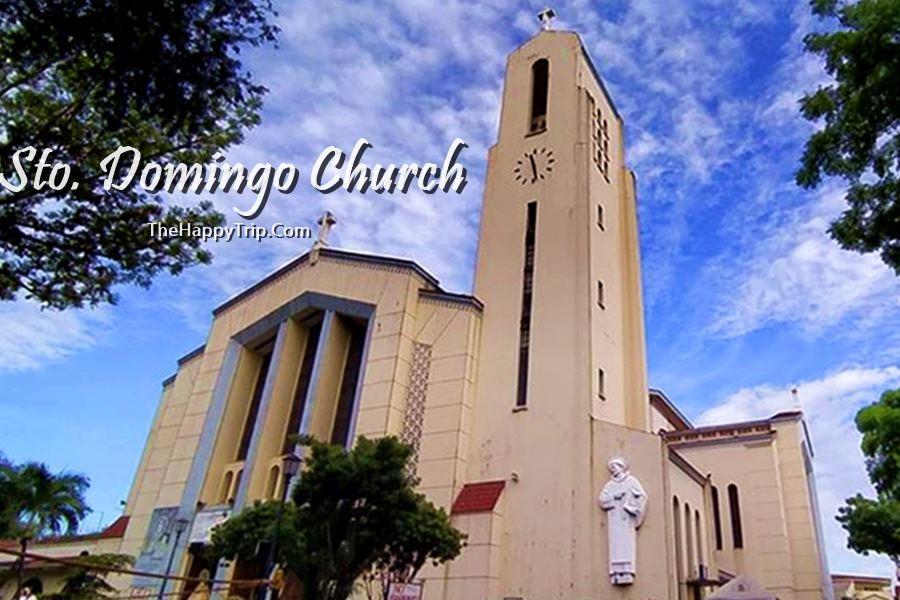 All Photographs are Used with Permission. Thank you, Br. Sandy Alerta, OP

The Santo Domingo church Also is also called as the National Shrine of Our Lady of the Holy Rosary of La Naval de Manila. Dominicans were missionaries that can be found in the Philippines, and this is the sixth church that served as their headquarters and soon moved to Quezon City after the destruction of Manila in World War II. The overall architectural beauty of this church, paired with its great history, are just some of the reasons why the place is visited by both tourists and pilgrims alike. In this write-up, I will be sharing with you information that can help you understand and hopefully appreciate this church.

Miguel Lopez de Legazpi arrived in the Philippines with the Augustinians in the year 1571, then seven years later, the Franciscans arrived. Dominicans set foot in Manila from Spain in 1587 and welcomed by the first bishop of Manila. Some of them stayed in the Franciscan convent, and the rest was transferred to Pangasinan and Bataan to do missionary works. 3,000 Peso worth of money sponsored by the first bishop, Domingo Salazar OP, for the churches and 300 pesos for the land. On 6 August 1587, there was a church that has been established made from frail materials. The chapel was then inaugurated and known for the image of Our Lady of the Rosary on January 1, 1588.

Because of the earthquake happened from 1589, the church was partially affected then the Dominicans built a more extensive and stronger church. The second church was made because of Fr. Alonzo Jimenez and was inaugurated on 9 April 1592. Donations and such contributions were made by Maria Perez, Domingo Mendiola, and Captain Castillo.

Another devastation happened on April 30, 1603, and burned the part of the city. After the sudden event, they immediately constructed the third church. It had a stone vault to protect it from any fire and earthquake. But sooner, another earthquake happened on November 30, 1645, and it destroyed the church leaving only the altar.

Another church made of stone and hardwood was constructed with arches and posts, having it three naves. Father Francisco Gainza made way in designing the interior part of the church. The two-year construction was worth the wait to make it last for 250 years. Then, Fr. Castro insisted on having a new façade with two towers and inspired by St. Paul’s Cathedral in London. On June 15, 1862, the new design was inaugurated. Another strong earthquake came on June 03, 1863, and the church was once again destroyed. 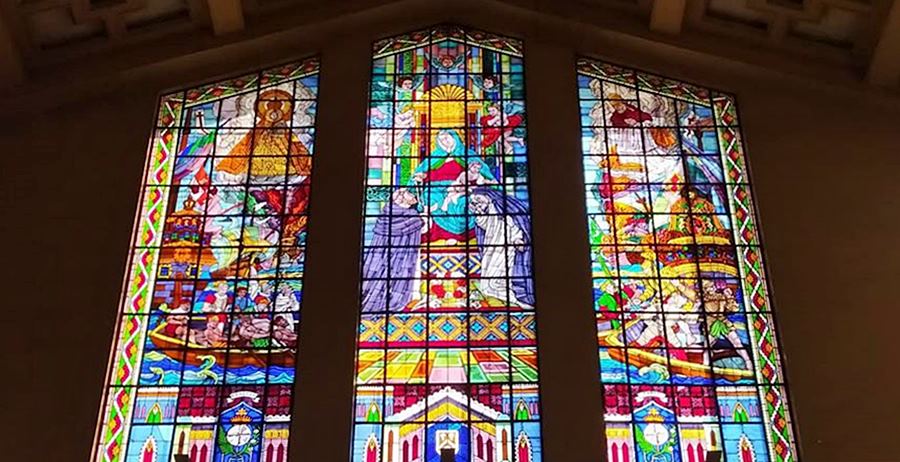 Construction of the new church lasted from 1864 to 1887, based on the plan of Felix Roxas holding a neo-gothic style of architecture. The materials used were originally from the Philippines, but the glass windows came from Europe. Measuring 70 by 31 by 22 meters at the central aisles, 16.6 meters high at the aisles, and towers rose to 23.3 meters. The Dominicans asked for architect Felix Roxas Sr. for his help and worked with Isabelo Tampinco, imitating the English gothic design. Everything was finely managed and constructed from the furniture into the walls. There are also three saints standing on the altar— St. Dominic(center), St. Francis(left), and St. Theresa(right).

On the right of the high altar, there’s the image of Our Lady of Rosary that was donated by Luis Perez Dasmarinas. This figure was believed to helo women in terms of delivering their children and saved the Philippines during the Dutch invasion. There many more saints to view here in the fifth church of Sto. Domingo.

Sto. Domingo church experienced another damage and reconstructed again. The altar was renovated, and the other portion of the internal design was repaired—the church of Sto. Domingo in Intramuros was then destroyed because of the Second World War and hit by the bombs of the Japanese. Limited numbers of materials were left and survived the tragedy, and the site is now occupied by the Bank of the Philippine Islands. 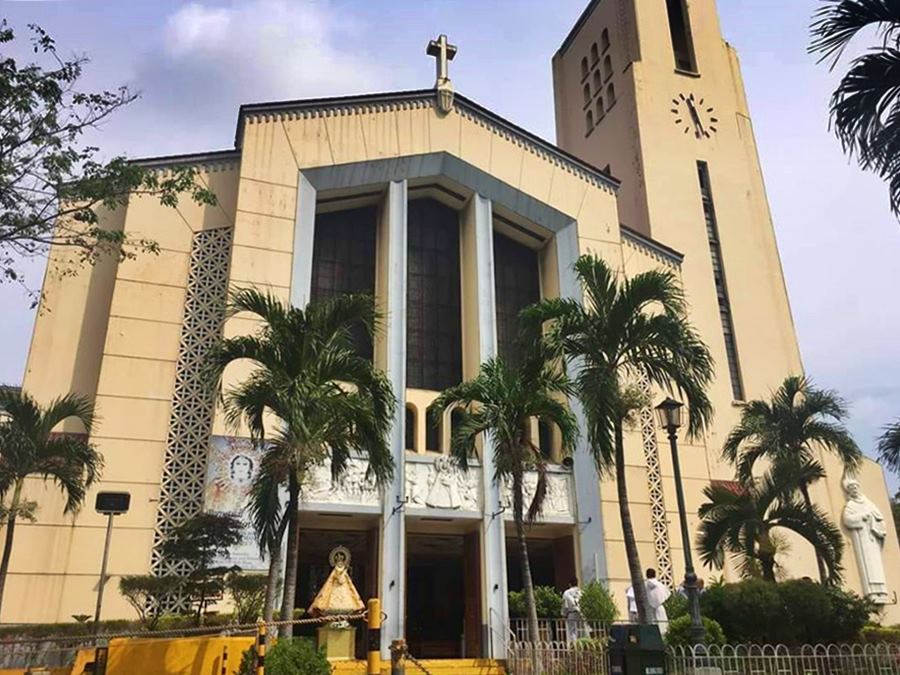 Jose Ma. Zaragosa is the one who designed the sixth church on its new location in Quezon City that the Dominicans had purchased after the Second World War.

You’ll find the new Santo Domingo church with its Modern Spanish style built in Art Deco, adapting the latest technique in building reinforced-concrete. The architectural design of the church composed of Romanesque and Gothic measuring 85×40 meters and a height of 25 meters. It is also considered as the biggest church in Manila and one of the biggest in Asia. Francesco Monti, an Italian sculptor, designed the bas-relief of this church, and the front of the church contains planes with leaves, and you can also see the story of the La Naval as you set your eyes over the portals of the church. Carlos Francisco’s murals can also be an attraction here in Sto. Domingo Church with the murals of Vicente Garcia Llamas just above the National Artist’s murals. Fifteen Stations of the Holy Rosary, The Battle of Lepanto, and La Naval de Manila are formed on the windows of the church.

Our Lady of the Holy Rosary of La Naval’s image is placed on the left part of the altar every year, not during October. Back in the 16th century, La Naval’s image holds a big reputation in Filipino devotion history. And it attracts devotees during annual feasts and procession. The devotees of La Naval will give her pieces of jewelry as an addition to the church’s collection, and it was described as “studded with small diamonds, seed pearls, and colored gems.” There is a secret vault that holds thousands of artifacts given by its fervent devotees. Because of thieves, they made it hidden from everyone and only showing off the artifacts fit for public viewing. Nick Joaquin, a devotee of La Naval, donated a medallion before his death in 2004, and the medallion was placed on the foot of La Naval. 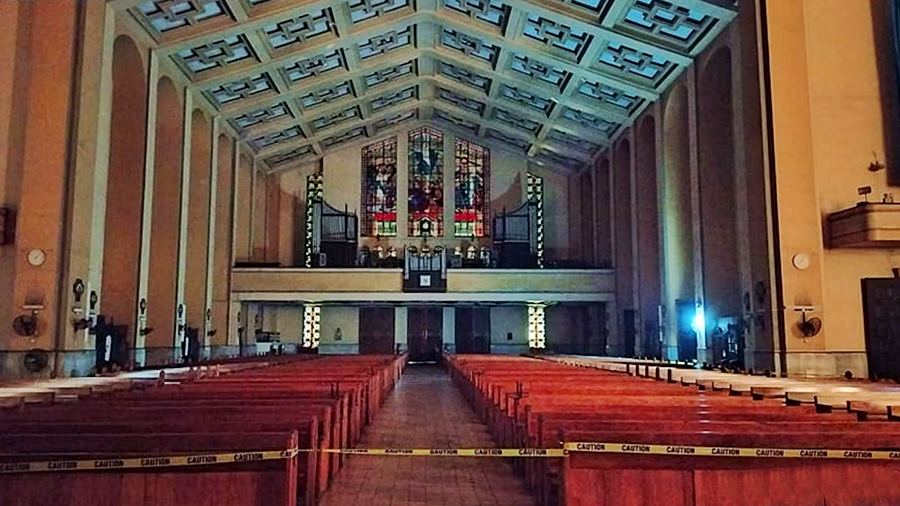 Santo Domingo Church is also notable for its pipe organ made by Fray Gregorio Hontomin, OP, in Hong Kong. From Hong Kong, the Dominicans transferred it to this church in the year 1954. It was then restored by Diego Cera Organ builders Inc. who holds the name of Las Piñas bamboo organ, which is popular in the whole world.

Artifacts are precious to the Philippine history, so they made the Santo Domingo Museum, which holds historical tools and equipment that had been used in Intramuros former Santo Domingo Church.

On the right side of the Santo Domingo Church, there are two mortuaries that deceased are usually attending by them. The columbary has once been the idle are and the storage area. They also offer vaults for urns calling it Sanctuario de Santo Domingo. 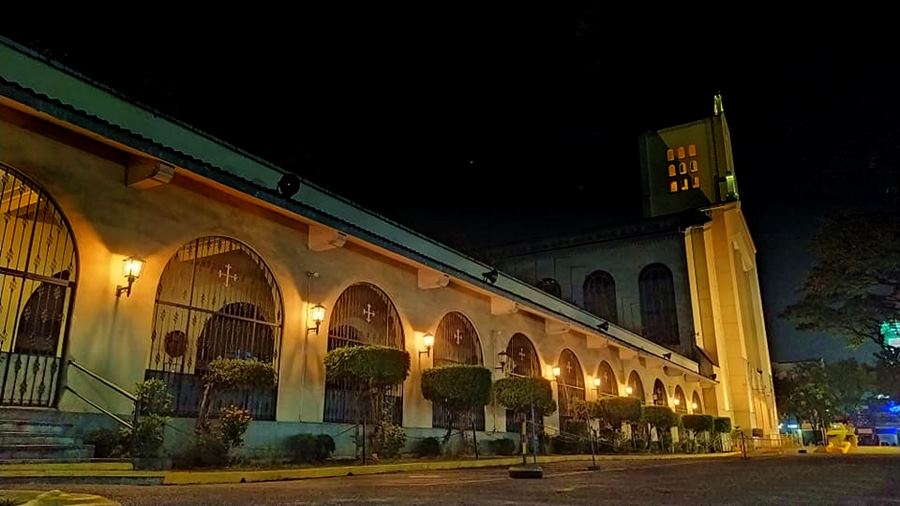 Declaration as a National Cultural Treasure

To be listed as National Culture Treasure, the Dominicans presented Santo Domingo Church and the Shrine of Our Lady of the Holy Rosary of La Naval de Manila. On October 04, 2012, the signing of the Museum Declaration No. 4 occurred. The declaration as a National Cultural Treasure follows the Republic Act No. 4846 or the Cultural Properties Preservation and Protection Act of the Philippines.

I promise you that you will enjoy your tour here in Santo Domingo Church because of its architectural design and not only that! You can also try visiting the vital pipe organ that may entertain you and the different visuals printed on the ceiling. If you are a fan of arts, this is also an excellent place for you, especially that it contains the National Artist’s works. Come and plan for a visit! Just remember that this is still a place for worship. 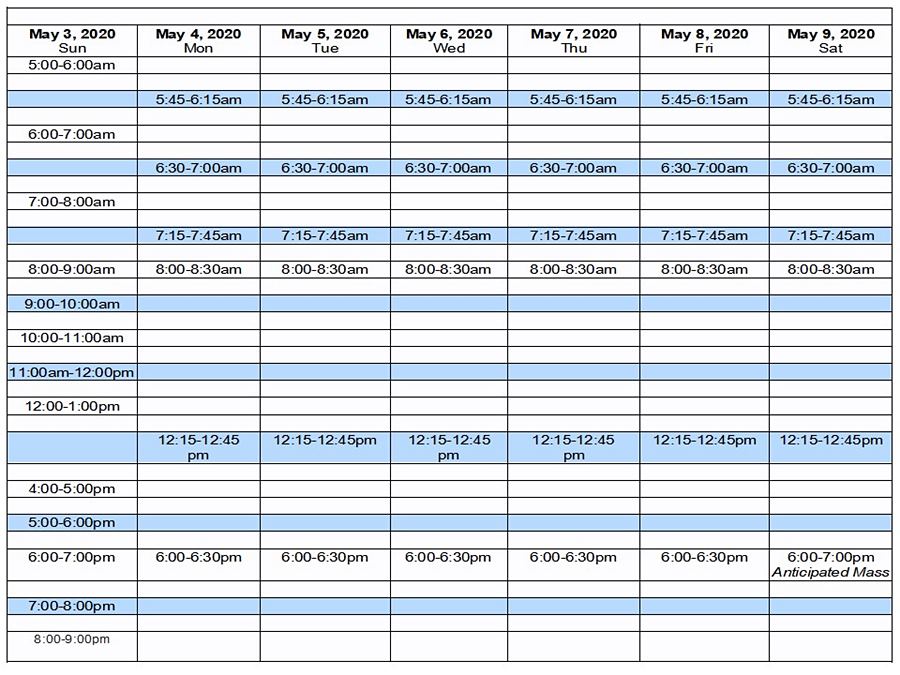 Other Churches in the Philippines